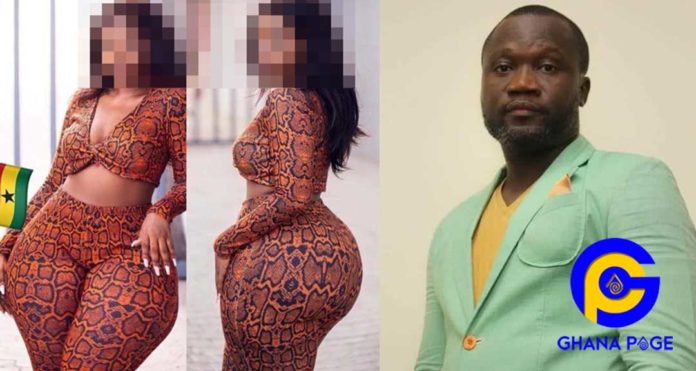 The veteran Ghanaian movie producer and entertainment critic is determined to speak about the subtle prostitution going on the entertainment industry by popular Ghanaian female celebrities who go about giving the impression they worked hard to earn their wealth.

Besides revealing that most revered radio presenters are pimp for these celebrities, Ola Michael has revealed his friend slept with a popular Kumasi based actress and paid her GH¢2000.

According to Ola Michael, her friend who is an elderly man was introduced to the popular actress that same day by him and the actress fvcked him that same day and continued to fvck him throughout the weekend.

At the end of the weekend, the man paid the popular Kumawood actress who is always all over social media flaunting her wealth and preaching hard work GH¢2000 (20 million old cedis)

Ola Michael claims the man was very shocked that actresses could be that cheap in Ghana. Ola Michael, however, refused to name the actress and the man.

SEE ALSO: DKB chopped a young school girl who begged him on twitter for GH¢1,300 to pay her fees for free without paying Kobo [SEE]

Sad to remember how a Kumasi based actress jumped into the bed of a friend of mine, an older friend, just same night I introduced her to him, at an outdoor program.
She spent Saturday to Monday morning for ¢2k! My friend called on Monday and asked me this before sending me pictures of what happened: “Massa your girls cheap like that?” Sad

Ola Michael’s exposé comes at a time when an unknown person is on Snaphat dropping wild secret about the lifestyle of popular Ghanaian celebrities including a celebrity se*x party they organized in 2018.