Olamide showed me love than any Ghanaian artiste – E.L 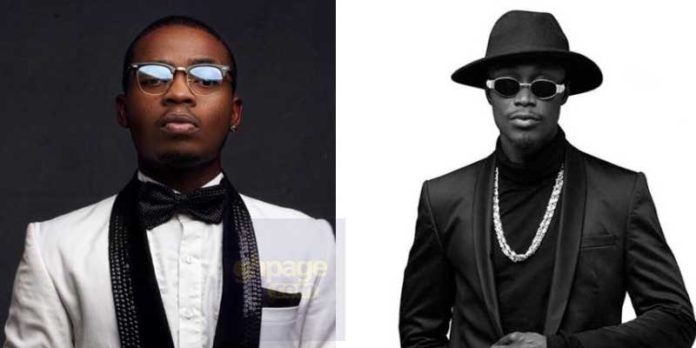 Ghanaian rapper and music producer, EL has showered praise on Nigeria singer, Olamide disclosing how the Nigerian showed him love no artist in Ghanaian has ever done to him.

According to the 2016 Ghana Music Awards ‘Artiste of the Year’, Olamide came to Ghana and showed him love that no Ghanaian artiste has ever shown him before.

“Look, Olamide comes Ghana wey he shows me some love wey no artistes from Ghana show me before. He knew who I was but he hasn’t worked with me before…we’ve met in Nigeria but we have never vibed and I just like the way he accepted me and my whole crew,” he told KmJ, the host of the Showbiz Now.

“…we sat down and recorded about two to three songs together, the vibe…I haven’t had that experience with any Ghanaian musician except for the people who are close to me, you know…Joey, Cyril, my boys, Zack…” he said.

Showering more praise on Olamide, E.L added that, “You know just to enter the hotel and then sits. Oh boy! Charley comes and sits down.…you know I was like yeh this is warmth and I just wish that for everybody in this world for us to give and show ourselves that unconditional acceptance regardless of where you are from and who you are… that love, that’s all I want.” he added.

Read this: Stonebwoy send a strong warning to Willie Roi in a live radio interview

According to the “Wo” hitmaker, Shatta Wale’s now-fierce rival, Sarkodie is not an artist he cherishes so much but rather mentioned M.anifest as the rapper he admires.