Video:“One Corner” Was Played at the forecourt when the Efya Girl Talk Concert was ongoing and what happened is for you to see yourself 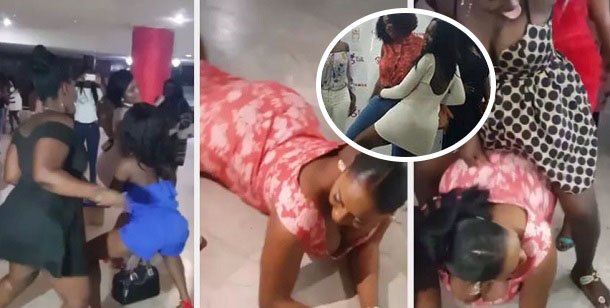 The final edition of the annual Girl Talk concert for songstress Jane Awindor popularly known as Efya happened on December 27 at the National Theater.

Just as the event had many surprises such as Yvonne Nelson ‘Weeping’ when a former minister eulogized her — Yet others were surprisingly “dirtying” themselves at the forecourt of the national theatre when Patapaa’s one corner was played.

READ ALSO:4 Ghanaian celebrities whose Nu-de Videos and photos broke the internet in 2017

Some patrons who could be seen, as usual, dancing crazily to the song and doing all manner of things we see normally see people when that song is played.

Below is also performance from Afya and Sark at the concert