Opambour arrived at his album launch riding a horse 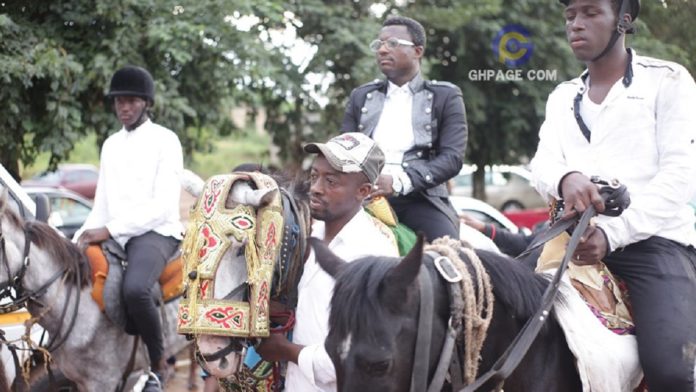 The founder and leader of Ebenezer Miracle Worship Centre, Rev Opambour Ebenezer Adarkwa Yiadom popularly known as Prophet One over the weekend launched his album and it was a sight to behold.

His members, supporters and loved ones present hailed praises at him as he arrived at the venue for the launch.

Obviously, there was also a display of wealth as dignitaries present arrived in flashy cars and also sprayed cash on Opambour while he performed his song.

Members present also heaped praises on Prophet One describing as the chosen one ordained by God and father for all.

The Kumasi-based controversial man of God can be described as one of the wealthiest prophets in Ghana.