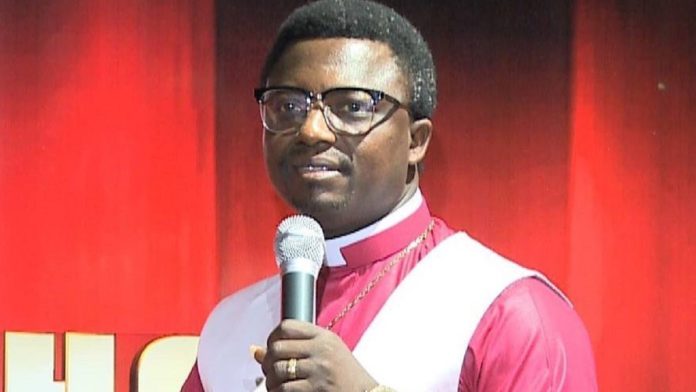 According to Opambour, it’s really unfortunate that Prophet Badu Kobi made such a disrespectful statement against women in Ghana.

ALSO READ: Badu Kobi fires back at demonstrators who stormed his church

Opambour stated that Prophet Badu was very wrong in speaking against Ashanti, Fante, and Ewe women.

The man of God added that the characters Badu Kobi attributed to these women are true but not all women are like that.

According to him, Prophet Badu Kobi shouldn’t have generalized his analysis because there are hardworking, respectful and intelligent women out there.

Opambour added that his wife is a Fante woman who is very intelligent and has really supported him in his ministry and in raising their children.

He added that he is not really bothered about Prophet Badu Kobi’s comments because his Fante wife is not like that.

He further pleaded with Ashanti, Fante and Ewe women to forgive Prophet Badu Kobi and that he erred in the statement he made.

Opambour also pleaded with Ghanaians to forgive Badu Kobi and also stop hurling insults at him because he is a man of God.

He also advised Prophet Badu Kobi to be mindful of his words when he is addressing his congregation in situations like this for peace to reign.