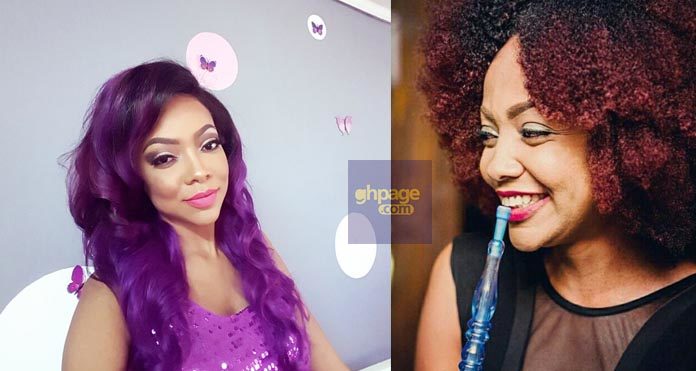 Ghanaian actress Jasmine Baroudi has made the headlines over the years for slamming critics who condemned her for giving birth out of wedlock.

She claimed no one knew her story, therefore, she doesn’t care whether she got married before she gave birth or not; the most important thing to her is that she has a beautiful daughter.

The actress who is a lover of the body art has confessed that the fantasies that get to climax aren’t s3xual at all but rather she getting a tattoo triggers her s3xual sensitivity.

READ ALSO: I starved myself because I wanted to become a star – Top Ghanaian actress reveals

She has two tattoos on different parts of her body stated that she was initially worried about the reaction of her body when she was been inked but researched into it and discovered that it was not unusual.

“I do actually like tattoos. If it wasn’t for my mum, I would have probably covered my whole body with tattoos.”

Asked why she likes tattoos considering the pain that is often associated with getting it, the actress who has a daughter with her personal fitness trainer fiance Williams Ofori-Attah admitted the pain one has to go through when getting tattoos however her love for it negates that pain.

“The pain yeah, people ask me, Jasmine, ‘you have so many tattoos are they not painful?” she said.

READ THIS: Joy FM Finally Apologies To Actress Juliet Ibrahim After She Threatened To Sue Them

“They are extremely painful depending on where you get it. Some are painful some are not. I don’t know if I should say this on TV, but whenever I am having a tattoo, I get orgasms. I was worried; this is out of this world. I read about it and apparently, it is natural,” she added.

Sharing her views on Moesha’s S3x for Cash comment with CNN’s Christiane Amanpour, she slammed the socialite for generalising her situation.

“I am a hardworking Ghanaian woman and I pay my rent. I have friends who equally do same. I don’t know about the slay queens. If that is what you do personally, and it makes you happy fine. You can talk about yourself but you don’t generalize it and make the whole world know this is how Ghanaian and African girls are. That’s disrespect. Even if it is true you don’t say that in public.”

READ MORE: Photos: For the first time, Yvonne Nelson shows the face of her daughter and she is so cute