Osinachi’s husband arrested after allegedly beating her to death 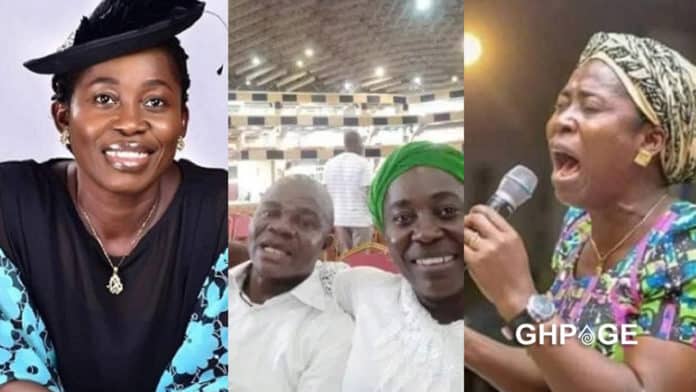 Police in Nigeria have confirmed the arrest of the husband of renowned gospel singer Osinachi Nwachukwu following her demise on Friday, local media say.

Osinanchi, 42, died in a hospital in Abuja where she had been on life support for the past two months. Close family sources say the “Ekueme” hitmaker died as a result of her husband’s perpetual domestic abuse.

In an interview with Daily Trust, a police spokesperson said Peter Nwachukwu was arrested was made after a family member lodged a complaint.

The elder sister of the late singer told Vanguard Nigeria that her sister died as a result of a cluster of blood in her chest after she was kicked in the area by her husband, Mr. Peter Nwachukwu.

Heartwrenching stories shared on social media indicate that her husband Mr Nwachukwu always maltreated her all through their marriage.

She however kept her ordeal a secret from the public. She failed to report him to authorities or leave the marriage based on her Christian values.

As narrated by Flaming Channel TV:

“Minister Osinachi Nwachukwu has served the Body of Christ in Nigeria and beyond with the gift God gave her. The popular song titled ”EKWUEME” which she was featured in,has blessed millions round the globe.

“We have received a lot of news as to how the husband of this lady has been maltreating her. She confessed with her mouth one time that her husband would lock her up in the room and never allow her to go for ministrations even after being paid for her welfare. He made himself her manager and made it difficult and unpleasant for people, churches and organisations to invite her for ministrations.

“The final news is that, the husband has been beating her and she had always kept it private and secret. Reportedly, the husband; Mr Nwachukwu, while beating her, he kicked the woman on her chest and she’s been on life support for about TWO MONTHS and finally gave up the ghost yesterday being 8th of April 2022.