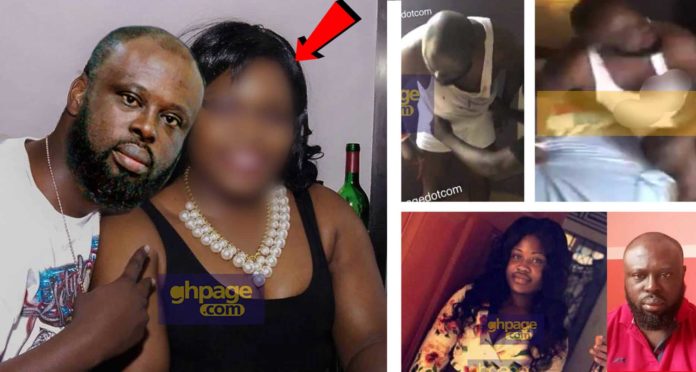 The wife of Osofo Appiah has finally broken her silence on the shame her husband has been put through after he was allegedly caught attempting to rape a lady inside her own house last week Saturday.

According to the angry woman whose husband has been disgraced, she firmly believes her husband was set up by a popular man of God who is bent on disgracing her husband.

SEE ALSO: My P£nis has refused to Erect ever since I was beaten & stripped na*ked – Osofo Appiah sadly recounts [Video]

She revealed that she was with Osofo Appiah when Deborah kept calling and begging her husband to come and visit her. It got a time her persistent calls infuriated her and it nearly brought a fight between her and her husband.

The angry woman rain curses not only on the prophet she claims she knows are behind her husband’s woes but also on Deborah for allowing herself to be used by the prophets.

Listen to Osofo Appiah’s wife below

In a chat with Radio and TV stations after his na*ked videos hit social media, Osofo Appiah has boldly come out to stat he was set up and he knows the men who are behind it. He alleged Rev. Owusu Bempah was the architect of the whole plot.