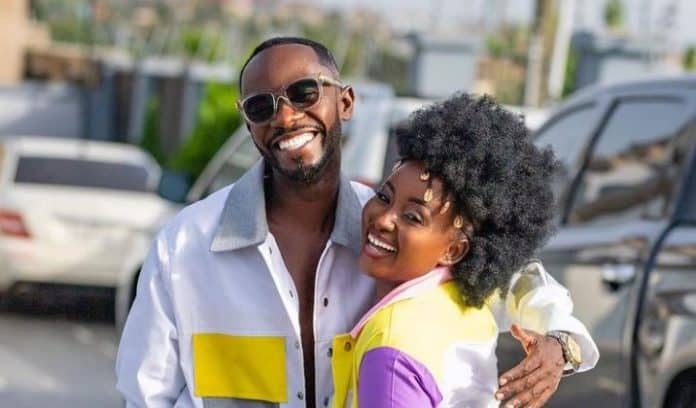 Ghanaian rapper, Okyeame Kwame and his wife Annica have disclosed that their wedding ceremony cost as much as only GHC300.

The couple said this in an interview with Graphic Showbiz ahead of the launch of their first book, Love Locked Down, at the weekend.

Annica shared an insight into their marriage saying: “We don’t really care what anyone thinks about us or our marriage, we live our lives.

“We got married the way we wanted to, signing at the Kumasi Metropolitan Assembly (KMA) minus rings cost us about GH¢300 and we didn’t care what our family would say.“

While people think celebrities only show off their good sides on social media and hide the skeletons in their closets, Okyeame Kwame and Annica said they tell no lies about their marriage.

They insisted that they were not perturbed by additional scrutiny publishing their book would bring to their marriage because they had been truthful.

“I believe it was Plato who said, ‘Truth is the purpose of all inquiry,’ so I’m not concerned about my marriage being scrutinized. I’m not frightened of what it will reveal because it is the truth,” Okyeame Kwame explained.

Annica added: “If you’re not hiding anything, there’s nothing to be frightened of. We are unconcerned with criticism because we are sharing the truth about what happened.”