I saw Owusu Bempah and Duncan Williams die in 2019 – Prophet 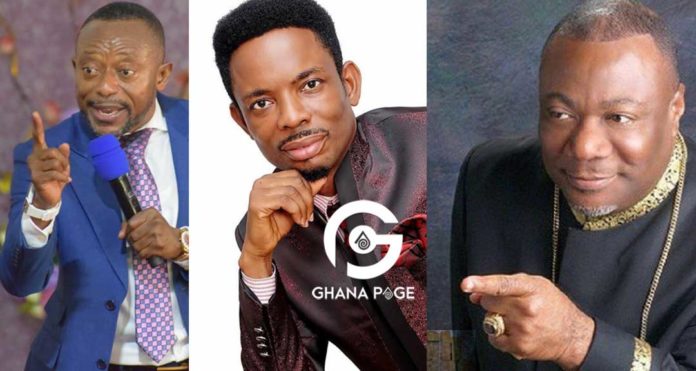 Well, it appears not only celebrities, but the rich, famous and high profiled Ghanaians will die in 2019 if the so-called numerous doom prophesies are anything to go by, popular men of God in Ghana prophesying doom may also die in 2019.

According to Jesus Ahuofe, God took his spirit into 2019 and in the year, he saw the founder and leader of God’s Word Ministry, Rev. Owusu Bempah beaten to a pulp and left to die in a bush. He warned the man of God who calls himself the Nation’s Prophet to stop running his mouth in 2019 or risk being killed.

Jesus Ahuofe did not end there, he also prophesied that the General Overseer of the Action Chapel International (ACI) ministry, Archbishop Nicholas Duncan-Williams might die in 2019. He explained he saw Duncan Williams fall down right inside his church and died.

Bishop Stephen Akwasi Appiah called on the Christian community to pray for these men of God to avert the death prophecies hanging around their neck.

The man of God also cautioned Christians that the devil will use some pastors in Ghana to cause confusion so they should be on guard.

Already the prophecy about Owusu Bempah appears to be manifesting. Owusu Bempah’s prophesy about the death of the National Chief Imam in 2019 sparked anger among some Muslim youth who stormed his church and destroyed everything in their path. They have vowed to draw blood until Owusu Bempah apologies.