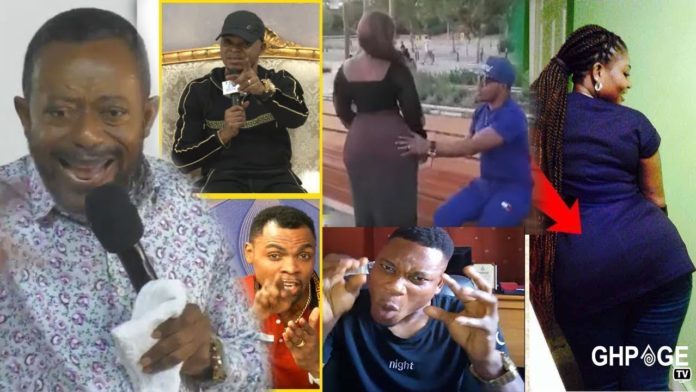 According to Rev Owusu Bempah, it’s normal for pastors to fight against each other because it is bound to happen.

He stated that such things happen everywhere and that it is his utmost desire that all pastors in Ghana work together in the ministry of God.

He also stated that he has a lot of respect for the wife of Bishop Angel Daniel Obinim for remaining silent despite the numerous allegations leveled against her.

Owusu Bempah stated that Florence Obinim was accused wrongly but still kept mute about it.

He also commended Angel Obinim for rubbishing the allegations about his wife alleged surgery and rotten backside.

Owusu Bempah also slammed Nana Hoahi who accused Florence Obinim of undergoing a butt surgery and also for peddling lies against Obinim and his wife.

The man of God warned Nana Hoahi to be cautious about his accusations and also verify his facts before disclosing it.