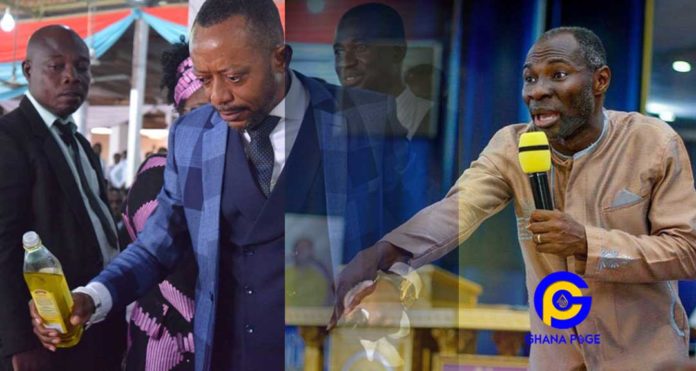 In an interview with Okatakyie Kwame Afrifa popularly known as Nana Cabum on Accra based Happy FM, Badu Kobi revealed that for one to hold himself as a Nations’s prophet as Owusu Bempah has been calling himself, he needs to have 3 major spiritual things but Owusu Bempah lacks those things.

According to Badu Kobi, a Nation’s Prophet must be in his spiritual season, he must have a message and most of all he has must have a direction for the country. But Owusu Bempah does not have any of these attributes.

Badu Kobi went on to tell the host he does not know when God made Owusu Bempah the Nations Prophet because he has never been told by God Owusu Bempah is the Nation’s Prophet.

Before they fell out, Rev. Owusu Bempah was the spiritual father of Owusu Bempah. In 2018, the two went boot for boot describing each other as an occult.

Owusu Bempah even alleged Badu Kobi has a hand in his own son’s death. Owusu Bempah is yet to react to these statements from Badu Kobi