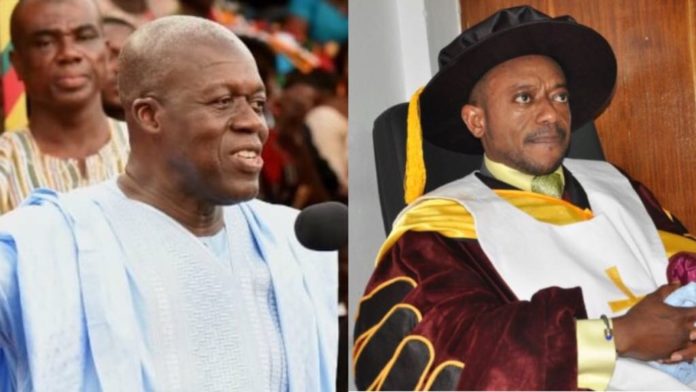 According to the reports, he died at the military gym when he suffered a cardiac arrest and died on his way to the 37 military hospital.

Ghanaian are mourning the passing of the brilliant economics. But it’s worthy to note that, the founder and leader of Glorious Way Ministry, Reverend Owusu Bempah, a known NPP supporter prophesied the death of Mr. Amissah Arthur 2 years ago.

Before the 2016 election that NPP’s Nana Addo Dankwah Akufo-Addo emerged as the winner, Owusu Bempah claimed John Mahama, the then president of Ghana and NDC was determined to hold on to power in 2016 and had consulted some dark spirits for help.

The reverend explained that the price for their demands from the dark spirit was the sacrifice of the Vice President of Ghana, Mr. Amissah Arthur.

Reverend Owusu Bempah speaking at his church called on the then Vice President, Amissah Arthur to be spiritually strong and intensify his prayers if he still wants to live before and after 2016 general elections.

“I know you may not believe me but I urge you not to relent on prayers. Seek the face of God and let your pastors pray about it too”, Owusu Bempah said.

Fast forward 2018, NDC lost the 2016 election and Amissah Arthur was still alive until today, Friday 29th June 2018 he has been reported dead.

May the soul of Amissah Arthur, the former vice president of Ghana rest in perfect peace.