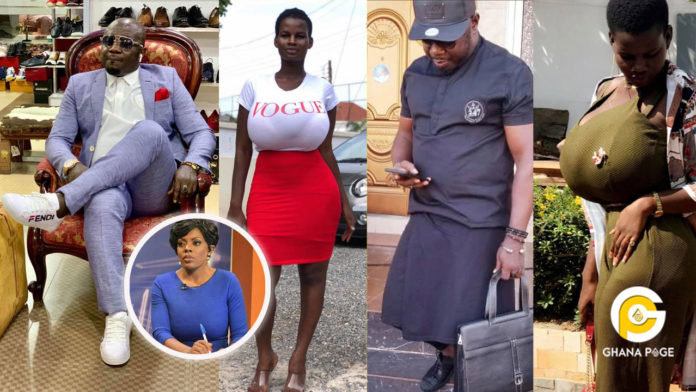 For a while now, social media has been rife with the rumors that Pamela Odame Watara, the Ghanaian based Kenyan socialite is in a relationship with Richard Brown aka Osibo, the baby daddy of ace journalist, Nana Aba Anamoah.

According to the reports, Pamela has been warming the bed of Osibo Brown secretly for months now. Although Richard Brown has remained silent on the rumors, Pamela has finally broken her silence.

SEE ALSO: Lady who slept with a dog for ¢460m and now can’t control the desire to sleep with dogs begs for help (Screenshot)

For years, nobody knew who the baby daddy of Nana Aba Anamoah was until Osibo Brown showed up. Osibo made an attempt to fix himself into the life of his son with Nana Aba after 16 years of absence.

Not only did Nana Aba resist, many social media users in Ghana ganged up against him. In his defense, Osibo claimed he did not abandon his son. Instead, It was Nana Aba who denied him access to his son.