Remember Highlife Artiste, Papa Shee? This Is How He Looks Now 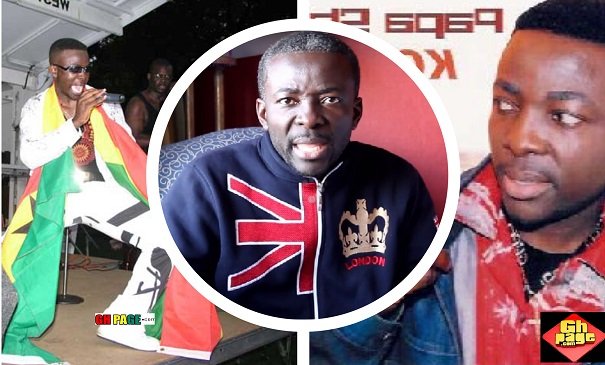 One-time highlife & hiplife musician Papa Shee whose music received massive airplay over a decade ago has been spotted and he looks better and more grown up than before.

Papa Shee, the Ghanaian US based was known as the Wonder boy and he graced many Ghanaian entertainment events in the USA. According to what Ghpage.com gathered Papa Shee was also the first Ghanaian musician to release a DVD on the music scene.

READ ALSO:List of Top 15 Richest Ghanaian Actors/Actresses and their Net Worth

The native of Asante Mampong became known early in his teenage years as a lead dancer for many famous Ghanaian recording artists such as Dady Lumba and the late Mr.AAA (Akwasi Amphofo Adjei).

Shee always had a love for creating beautiful music and involved himself as an independent recording artist back in his early teens and within four months of going solo he came out with his first album.

His first album was recorded in Ghana, his second in London while the third, fourth and fifth were done in Germany.

Papa Shee with his sensational dancing became popular with hit songs such as ‘Atadwe’, ‘Konyon so’,’Atepa’ which won him several awards in those years.

Such as an award at the African Hollywood Awards for Best African Hip Hop Artist.Also received the first place Award from African idol (USA).

He looks to have changed within the years and Ghpage.com spotted his current pictures and here we have them for you.