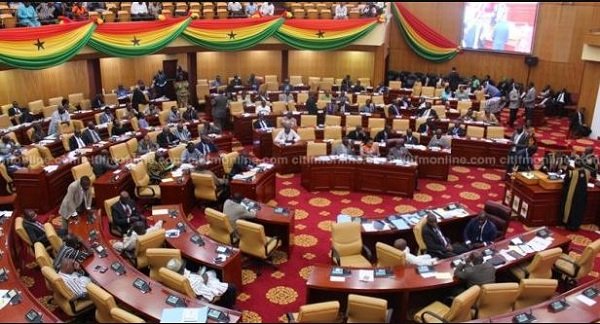 Parliament on Friday night, March 23, 2018, approved the controversial Ghana-US defense cooperation agreement which seeks to provide the United States access into the country to camp its military forces.

The approval was done by only Majority Members of Parliament because the Minority staged a walkout during the debate on the Floor of the House.

It appears the House was bent on getting the agreement through before it rises for recess.
“This House adopts the report from the joint committee on defense and interior,” the Speaker of Parliament, Professor Mike Oquaye said after the approval.

Prior to staging the walkout, the Minority Leader, Haruna Iddrisu, spoke for close to 17 minutes giving a litany of reasons why they believe the agreement should not be ratified by Parliament.

Ghana’s Cabinet had agreed to provide the US’ military troop a place near the Kotoka International Airport, and also give them unhindered access to some key installations following a Memorandum of Understanding between the government of Ghana and the US government.

The MoU was laid before Parliament on Tuesday recommending to Parliament to ratify the agreement, but it was rejected by the opposition in Parliament.

With the agreement ratified, it means that the US troops will among other things be exempted from paying taxes on equipment that are brought to Ghana as well as use Ghana’s radio spectrum for free.

Although many Ghanaians have expressed resentment over the clauses of the agreement, the Defence Minister, Dominic Nitiwul, said the agreement is in the best interest of Ghana.

The Government has consistently explained that it was only respecting the existing Status of Forces Agreement with the US signed since 1998 and reviewed in 2015, under the previous NDC administration.

But the NDC Minority has downplayed this argument saying the agreement as existed in the past, did not have the same clauses like the current one that gives the US unlimited access to Ghana’s military facilities.

The US Embassy in Ghana has also explained that it is only planning joint security exercises with Ghana, which will require that US military personnel are allowed access to Ghana’s military facilities, and that they are not building a military base.

“The current Status of Forces Agreement (SOFA) between the United States of America and the Republic of Ghana is approximately 20 years old. It does not cover the current range and volume of bilateral exercises and assistance. This year, the United States of America is investing over $20 million in training and equipment for the Ghanaian armed forces. Ghana is also once again preparing to train U.S forces – as it did in 2017. The United States and Ghana are planning joint security exercises in 2018, which require access to Ghanaian bases by US participants and those from other nationals when included,” a statement from the US Embassy said.

The Minority on Thursday blocked the laying before Parliament, the report of the Joint Committee on Defence and Interior and Constitutional, Legal and Parliamentary Affairs, on the agreement seeking to ratify the hosting of US military troops in Ghana.

It was however laid today, Friday, March 23, 2018, and subsequently approved late hours on the same day.

Earlier today [Friday], a number of protesters who tried to gain access to Parliament to kick against the anticipated approval of the deal were prevented from entering the House.

The main entrance of the House was shut with strict access checks being conducted for members of the public and workers seeking to enter.

The protesters however chanted slogans and songs outside the House.

The leader of the protesters, a suspended CPP executive member, Ernesto Yeboah, who was dissatisfied with Parliament’s decision, said they posed no threat to the security of the House.

SEE ALSO: Former British High Commissioner, Jon Benjamin weighs in on Stonebwoy-Shatta Wale beef. Guess what he has to say