Pastor charges his members 5,600 cedis to fly them to Heaven 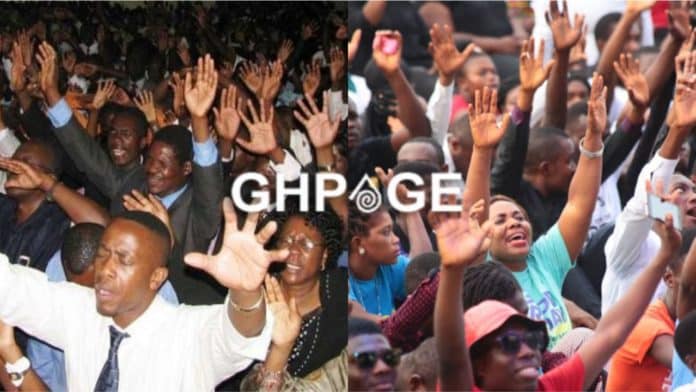 I don’t know why anyone in his or her right senses will hand over such a heavy amount of money to a man of God with the promise to go going to Heaven.

Well, the foolishness of some people is irredeemable hence I’m not surprised they fell for this trick from the fake pastor.

A notorious Nigerian pastor has allegedly charged each of his church members N310K which is equivalent to GHc 5,600 with the promise of flying them to Heaven.

According to reports surrounding the story, the so-called man of God whose name has been given as Ade Abraham is the founder of Christ High Commission Ministry, also known as Royal Christ Assembly, situated in Kaduna State and has another one in Ekiti state.

A video that has surfaced on the internet shows some of the church members who have paid the GHc 5,600 already in camp preparing to finally ascend into the Heavens.

It’s clear that the people who fell for the Pastor’s scam are very stupid and need severe lashes to restore their brains to factory settings.

At the end of the day, the pastor will not be able to fly his members to Heaven and give them a silly excuse after spending their monies.