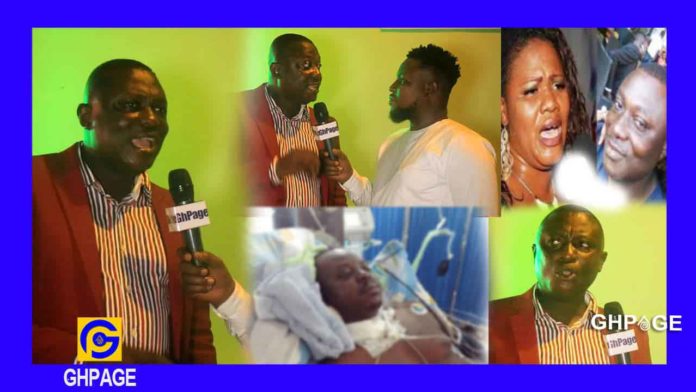 The ex-husband of Ghanaian gospel musician, Obaapa Christy, known as Pastor Love has finally responded to claims that he has been paralyzed and bedridden for several months.

In an exclusive interview with GhPage TV, the man of God refuted such false reports, indicating that he is hale and hearty.

According to Pastor Love, it’s been 8 years since he last visited the hospital and that he is as fit as a fiddle.

“I last visited the hospital 8 years ago, I am very strong and fit. I was surprised when I heard the news about me being sick, Hoahi is a big liar”, Pastor Love added.

The former husband of Obaapa Christy also stated that his church hasn’t collapsed as it is being reported.

He explained that most of the time, he travels outside Ghana to other African countries doing the works of God.

Pastor Love made this statement at the lavish birthday party organised by Rev Obofour for Apostle Kennedy Afreh.