Pastor Mensa Otabil reacts to the recent accidents in the country 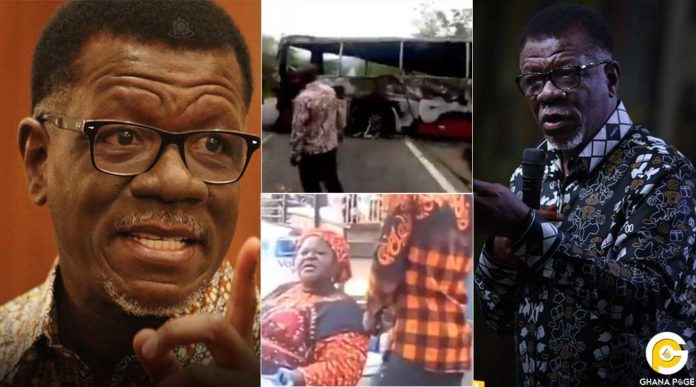 The founder and leader of the International Central Gospel Church (ICGC), Pastor Mensa Otabil has shared his sentiments over the recent accidents in the country.

The man of God could not fathom why travelling in a small country like Ghana should be hazardous.

“This past week has been pretty gruesome for our nation with all these accidents on the roads. About 70 to 80 people who have just died which is unbelievable and we can blame whoever we want to blame, whether the drivers were drunk or they didn’t drive well, whether bad roads or whatever, the sad thing is lives have been lost.

People have lost dear ones in a very senseless way, there is no need for anyone to die on the road. We need to do something dramatic about this because human lives are very important. Not one person needs to die unnecessarily, certain things don’t make sense. Ghana is a small country, why should travelling be hazardous?

Anytime you hear someone travelling then you are scared. What kind of country is this? Sometimes you look at these things and you wonder where we are heading as a country. It’s not good and we shouldn’t allow that happen and hope that our leadership will take note of that and not just talk about it but really do something and intervene”, he stated.

Pastor Mensa Otabil also sent his condolences to the bereaved family and prayed for Gods protection and guidance for them.

Over 70 people were confirmed dead in a gruesome accident that took place in the wee hours of Friday 22nd March on the Tamale-Kintampo Highway road.

A VVIP bus crashed with a Grandbird bus with caught up in flames burning passengers on board beyond recognition.

The accident occured at Amoma village near Kintampo in the newly created Bono East Region.