A close church member of Flood Gates of Heaven, the church where the now arrested Ghanaian Pastor is the overseer has given a detailed account of she knows of Babara Tommey and husband.

The lady, who according to her formed part of the praises and worship team of the church said she knows all about the two, adding that she knew when the couple started their once beautiful relationship.

The lady narrating what she knows about them revealed Slyvester Ofori told Barbara who then was in a relationship with another guy that God has prepared him to be her husband, therefore, she should leave her boyfriend for him.

She continued that the Pastor managed to snatch her from his boyfriend who she had fallen in love with for a very long time.

Moving forward, the lady explained that Slyvester after finally managing to marry the deceased had his own plans.

He was a wicked man who had nothing better to offer the innocent woman.

“The murder of Babara was planned, Slyvester had this in him for long and now was the time to execute his deadly plan” the lady said in the video.

Knowing the duo very well, the lady in a video sighted disclosed that Slyvester Ofori is operating with a demonic spirit.

According to her, all the ladies in his church have been blinded not to see spiritually hence they can not rebuke him even when he’s going wayward.

Speaking in the video, the once church member and choir member of Flood Gates of Heaven indicated that God revealed this to her in a dream.

The lady whiles narrating mentioned that Barbara Tommey was such a kind soul who didn’t deserve to die like that.

She described Slyvester Ofori as a fake Prophet of God who is has nothing better to offer his church members. 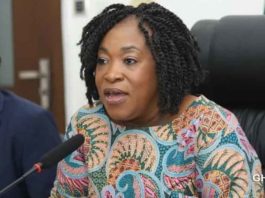 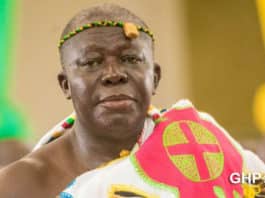 Gov’t begged me to be lenient in my comments on galamsey... 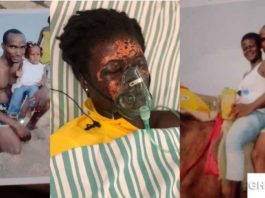