Patapaa Attracts Me So Much – Beautiful Nigerian Musician Confesses 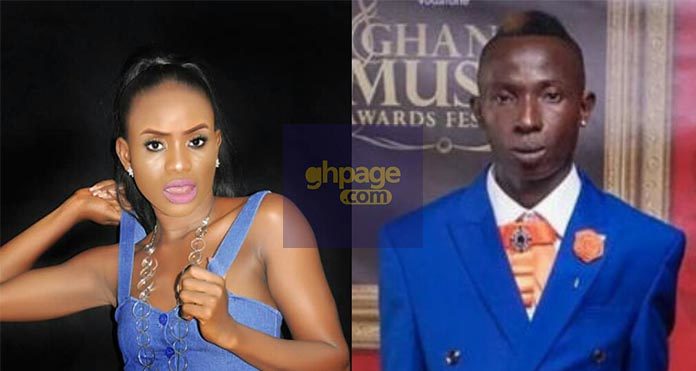 Up and coming Nigerian Afro-pop musician, Goodness Amodu Ayomide, better known as ‘Guudy’, has revealed that she is attracted to “One corner” hitmaker Patapaa.

According to the musician, she has already conducted an extensive research on the Patapaa and is waiting for the day they will finally meet.

Also Read: Leila Djansi Says Women Who Are Married But Unemployed Are Just Like Moesha Boduong

“I really like Patapaa and I have totally fallen in love with him. Patapaa is a very smart artiste who rides on controversies confronting him to elevate his music career to the next level”, she said.

Guudy, who is currently in Ghana for a music project disclosed in an interview, stated that she was hurt when Ghanaians mocked Patapaa after the Vodafone Ghana Music Awards (VGMA).

“I was really hurt when a lot of Ghanaians on social media made fun of his outfit. I believe his suit was alright, as he looked very gentle that night.”, she noted.

“I am in Ghana now to work on my latest tracks titled Pick My Call, Salo Mako which means Be serious, and Twane Dance. I will love to featured Patapaa on one of them. But I am yet to meet his management.” she revealed.

SEE MORE: Insider Reveals Why Afia Schwarzenegger Was Sacked By The Despite Group