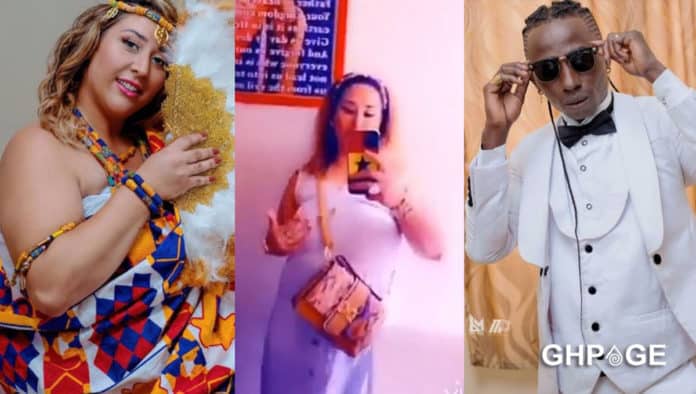 Patapaa Amisty has taken over the No.1 spot on the trends table from late Sir John with his alleged divorce from his German wife.

Earlier yesterday, it was reported that the Hiplife artiste has bid goodbye to Liha Miller just a year after their marriage.

Amidst the trending news, Patapaa has finally broken silence on the whole saga during an exclusive interview on Cape-Coast based Castle FM.

According to Patapaa, it’s true his wife is currently not here with him in Ghana but that is due to the known fact that his wife is a professional nurse in Germany.

He continued that distance has had a negative impact on their marriage but they are still legally together and recognised as husband and wife.

Patapaa ended the interview by entreating his fans to ignore the fake news about his divorce from his sweetheart Liha Miller.

Meanwhile, it is been rumoured on the internet that Liha Miller has supposedly moved on because she’s an attention freak and Patapaa’s fame is no longer as potent as when they met three years ago.