Patapaa reacts to viral video; claims it was all a joke 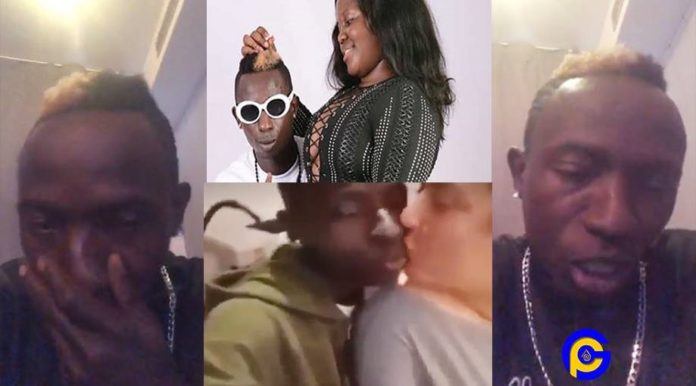 Ghanaian hiplife musician, Justice Amoah popularly known as Patapaa has reacted to his second video where he claimed he had sex with a black woman in Germany.

According to Patapaa, there is nothing amorous going on between him and the lady and that whatever he said in the video was a joke.

ALSO READ: Patapaa breaks silence on why he dumped girlfriend for a white woman

“There is nothing going on between me and that lady. We are just like brother and sister, she always visits me and we are good friends.

Please, this video is fake and we were just playing. I didn’t even share the video, it was the lady who shared it on her status probably for attention. I am pleading with everyone, it was all a joke”, Patapaa disclosed.

Patapaa also pleaded with his fans to disregard the video and apologised to Ghanaians for recording the video in the first place.

According to him, it was all a joke and that because of his friendly nature a lot of people especially girls come closer to him.

The ‘One Corner’ hitmaker also professed his undying love for his girlfriend Gabriella Kotey popularly known as Queen Peezy.

Recently, a video of the ‘one Corner’ hitmaker smooching a white lady went viral which sparked cheating rumours.

Patapaa’s girlfriend, Queen Peezy was broken hearted upon seeing the video and cried her eyes out.

The musician is currently on a tour in Europe and has promised to explain everything to his girlfriend and fans when he returns from his trip.