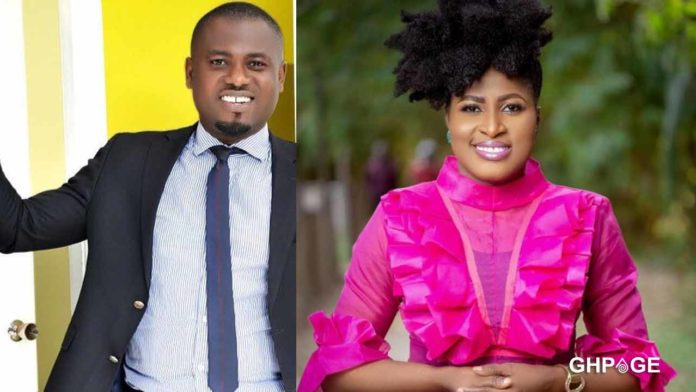 Ace broadcaster Abeiku Agrrey Santana has added his voice to the by ‘force’ beef between singer Patience Nyarko and Joe Mettle.

Abeiku Santana airing his view on the subject on live radio said the two are both projectors of the gospel of God, as a result of that, they need not seek for worldly fame.

He waded into the matter blasting Patience Nyarko for allowing herself to be used by the devil to attack Joe Mettle which he thinks shouldn’t be the case.

According to him, the comments by Patience Nyarko that Joe Mettle is overhyped in the Gospel music scene to the extent of saying he sings songs by other churches was the least expected of her to say.

He supported his claim, saying the Biblical words being used by Patience in most of her songs are from God just as Joe Mettle tries to use the Pentecostal one in most of his songs.

He described her actions as a satanic approach to destroy God’s children adding that all plots to bring Joe Mettle down will not survive.

“… that demonic attack on Joe Mettle will not stand. We will stand in and pray with Joe Mettle”.

He however warned Patience to desist from throwing shades at Joe Mettle in the chase to stay relevant in the industry.

READ ALSO: Patience Nyarko gives in-depth reasons why she walked out of the interview (Details)

Santana sent out a word of caution to Patience to stop granting unnecessary interviews on the issue.

In his closing submission, he advised other gospel artists not to compete with each other because the work of God was not built on grounds for fame gaining.

He also called out Joe Mettle not to respond to the attacks against him by Patience Nyarko.