VIDEO: Patience Nyarko Responds To Claims That She Is A Husband Snatcher 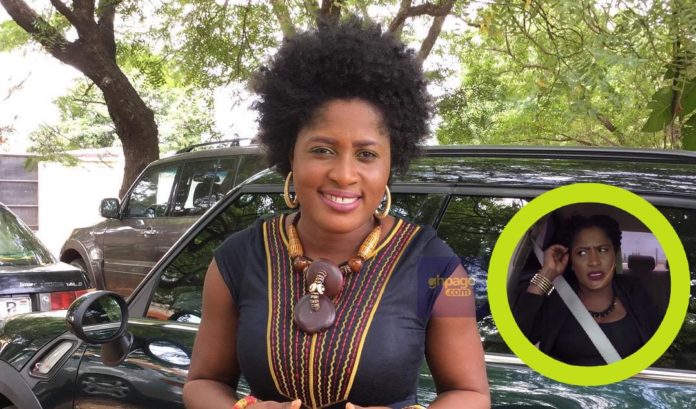 Gospel musician Patience Nyarko has responded to claims and allegations that she is a husband snatcher.

The renowned Gospel musician has been accused by the wife of her manager Olivia Kumi for snatching him from her and her children.

Mrs. Kumi in a report earlier this year was quoted to have alleged that the minstrel had collapsed her marriage but Miss Nyarko reacting to the claim on Celebrity Ride With Zionfelix show on Angel TV the musician said it’s not true. She added that she is not married and has not snatched the husband of any wife in Ghana.

According to Patience, her manager is old enough to solve his marital issues so she would not delve into it that’s why she has remained silent since the issue for her snatching her manager from her wife came up.

She added that insult from people on social media doesn’t get to since Jesus Christ suffered worst than what is currently experiencing.

Patience Nyarko further questioned the kind of woman who would allow her husband to be away for four years without chasing him when they have children to take care of. On the accusation that she, Patience Nyarko has stopped her manager from taking care of their two kids, the gospel musician with four albums disclosed that “I’ve taken care of my young sibling to complete SHS so why can’t my manager take care of his children?”

Also Read: Actress Fella Makafui Shares Picture Moment With Her Mum And They Both Rock

She further said her manager, Kumi takes very good care of his children contrary to the wife’s claim. The ‘Obi Nyani Me’ hitmaker continued that Mrs. Kumi’s assertion can never affect her brand since she is destined to be successful inher career.

Watch her full interview below

Imany fires warning to mainstream artists who are into song theft

Imany, an upcoming artiste who reported Mr. Drew for putting out a song originally composed by Rotimi, an American based Nigerian artiste,...
Read more
Entertainment