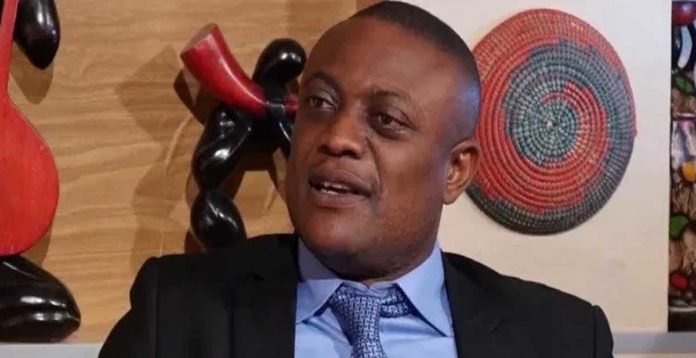 Founder of legacy Advocacy Foundation and private legal practitioner, Lawyer Maurice Ampaw has warned Mr Alfred Agbesi Woyome to pay his debt after he lost his case against the state at the African Court on Human and People’s Rights.

The controversial lawyer described Alfred Woyome as a criminal and cautioned him to pay the 20million cedis he owes the state.

Alfred Woyome who felt his rights was been violated filed a case against the state at the African Court.

However, the African Court dismissed the case on grounds that Woyome’s right to equality before the law and equal protection has not been violated in any way.

“Criminal talking about human rights. Go and pay the ¢20 million debt to the State. We can’t trust Woyome.

The state should reject any payment plan proposed by him. The state must go ahead with the execution process and retrieve the taxpayer’s money. Woyome’s end has come”, Maurice Ampaw stated.

It can be recalled that Mr Alfred Agbesi Woyome was ordered to refund 51.2m cedis paid him in 2009 at judgement debt.

He refunded 4m cedis in 2016 and promised the pay the rest in quarterly instalments of 5m cedis but failed to do so.

However, the Supreme Court ordered the sale of Woyome’s properties to defray part of the judgement debt he fraudulently received from the state.

This move by the Supreme Court infuriated Woyome which led him to file a case at the African Court to stop the auctioning of his properties.