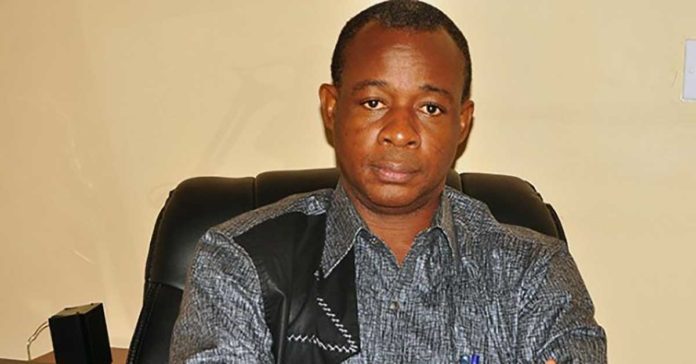 A renowned security expert identified as Adam Bonaa has blasted people who are quick to pull out a gun when they get angry as cowards.

According to Mr. Bonaa Speaking during the maiden edition of Alert – a weekly show on Starr 103.5FM on matters of security stated that one does not need to draw attention to themselves when they own a gun.

“You don’t need to attract attention to yourself that you own a gun,” Mr. Bonaa advised firearms owners on his show.

“Only cowards display their firearms. You don’t need to tell people how secured you are, else you’re probably not secured,” he added.

“Don’t let the arms possess you; you should rather possess the gun,” the Chief Executive Officer of Security Warehouse Limited emphasized.

He said firearms are not meant to be used indiscriminately but there are laws governing their use hence those owning one should adhere to the rules. He advised owners to ensure that their “licenses are always renewed.”

Mr. Bonaa’s comments are coming on the heels of the recent brawl at the 2019 VGMA when popular dancehall artiste Stonebwoy pulled a gun on stage to face off with his rival Shatta Wale.

Giving tips about where to store firearms at home, he said “you need to keep it at close range” so you can easily reach it anytime it is needed.

Also Read: Shatta Wale also had a gun on him; we have seized it-Police

Mr. Bonaa advised parents who own firearms to keep it out of the reach of children, stressing they should desist from “loading the guns” because when the safety catch is off it can accidentally kill them.

“You don’t need to let your neighbours know you own a gun. When robbers are aware you have a gun they come at full force and attack you… the best time to test your gun is during thunder because no one gets to hear the sound of the gun,” Mr. Bonaa noted.

Alert will air this and every Tuesday between 6:30 and 8pm.

Part of the text culled from starrfm.com.gh