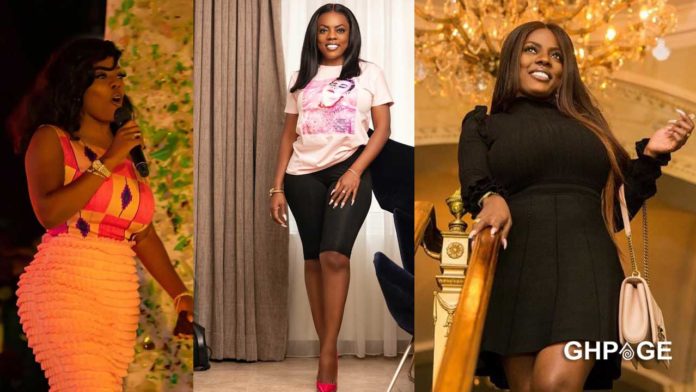 The exposé implicates four lecturers from some prestigious Universities in West Africa, particularly University of Ghana and the University of Lagos. This scandal has triggered dialogues on the issue of sexual harassment in the country.

Speaking on this issue in a recent interview, Nana Aba Anamoah, GhOne Tv’s news anchor and news editor has opened up on sexual harassments she has personal suffered.

According to her, some men make silly remarks about her breasts and she always makes it a point to send them a strong warning in order for them to desist from making these jokes.

“I run into a man that I respected so much. He had never seen me in person and he said: ‘I didn’t know your chest was so full’, and at that particular moment, all the respect fizzled out and I dealt with him that: ‘Don’t you ever, ever  like even in your wildest dreams say this to me again and I told him off”

“And then there are times when people will send you messages, they’ll send you videos; I mean how can you take a picture of me from my page and record yourself wanking over my page and you reach orgasm and you think that if I send this to Nana Aba on WhatsApp, she should feel so good about herself. That is harassment. And I was getting that all the time when I was using my 0244 for WhatsApp, so, I had to change my number and now I change my number every month or every two months. That’s very uncomfortable for me but I have to do it”

Indeed, sexual harassment is a canker in our society, how to we effectively tackle this societal rot?

Leave your thoughts and comments on this issue in the comments section.