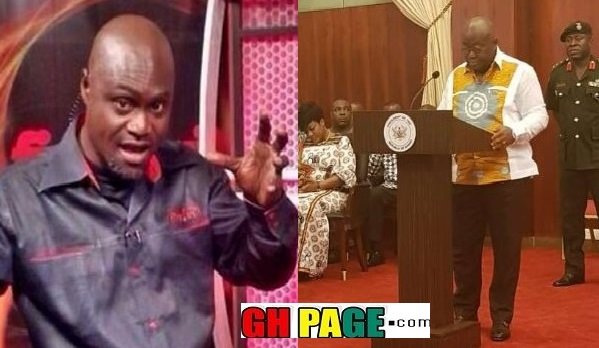 The most popular broadcast journalist with the Multimedia Group, Country Man Songo has disclosed that he has been receiving threats from assailants after he “fired” the President on whether he was interested in the World Cup white Paper produced by the Dzamefe Commission.

During the President’s “Encounter With Tthe Media”,  countryman Songo this week reminded the President who had forgotten that a white paper was produced by the Dzamefe Commission.

Speaking on his most populous screen show “Fire For Fire”, Songo disclosed that he is been tailed by people who according to him followed him at dawn.

He has, however, indicated that he is not afraid of anybody because he just asked a question and he did not answer the question himself but the President did.

“The best way out is to see what the report stipulates work and also to see that taxpayers monies are used to take good care of the various National teams and not only the Black Stars’, he added.