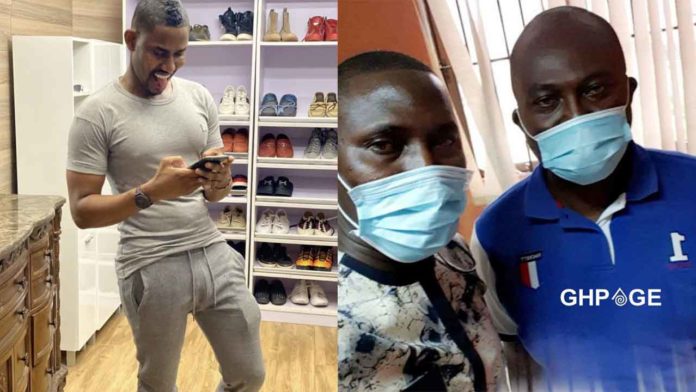 The long-standing feud between Kennedy Agyapong and popular socialite Ibrahim Dauda, popularly known as Ibrah One will soon be a thing of the past.

As earlier reported, the family of Ibrah One led by his senior brother, Abass Dawud has met the MP for Assin Central Hon. Kennedy Agyapong to beg him on behalf of his brother.

As we all know, the maverick politician yesterday made it known to the public speaking on Net 2 TV that he will expose Ibrah and further call for his arrest this week.

And true to his words he did. He sent personnel from the national security to the house of Ibrah One but unfortunately he was no where to be found, sources reveals.

After Abass Dawud (Ibrah One’s senior brother) met Kennedy Agyapong to discuss issues, he posted a picture of himself and the latter to prove to all.

He captioned the photo; “With Kennedy Agyapong, Principled But Considerate”

If the smiles on both faces on the picture posted is anything to go by, then Ibrah One can now move about freely, he’s a free man. Kennedy Agyapong, on the other hand, can change at any time.