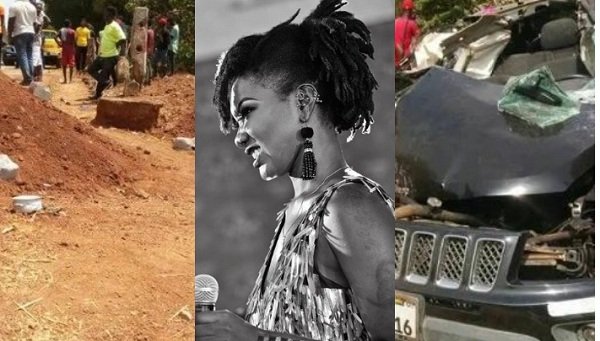 The pictures of Ebony and her two accomplices surfaced social media immediately after the scene.

Unquestionably, the photos showed that the bad state of the Sunyani-Kumasi road on which Ebony’s Jeep was plying caused the accident. 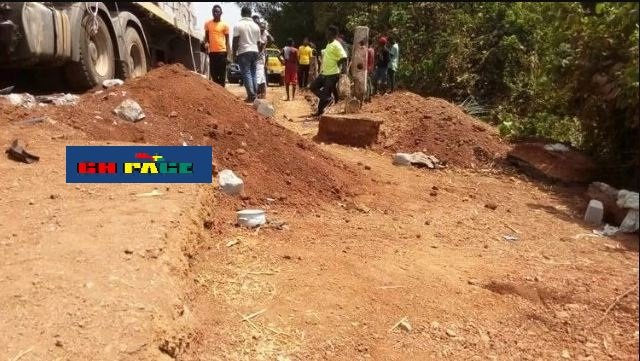 According to reports gathered, the heap of sand has been there for more than a year which other accidents had occurred at the very spot where Ebony died.

Atsu the Airforce Lance Corporal who was escorting Ebony’s crew is said to have acted against the rules of the army, especially when he wore a uniform for an unofficial duty.

WATCH: Video: Ebony’s aunt is behind her death & She was a chronic Lezbian-Prophet Nigel Gaisie reveals

The deceased soldier will, however, will be court marshaled and sentenced to 40 days in the military guardroom.

Ghpage.com is learning that his the body of the deceased soldier will be detained for 40 days before being handed over to his family. Also, the bereaved family could be denied his benefits. 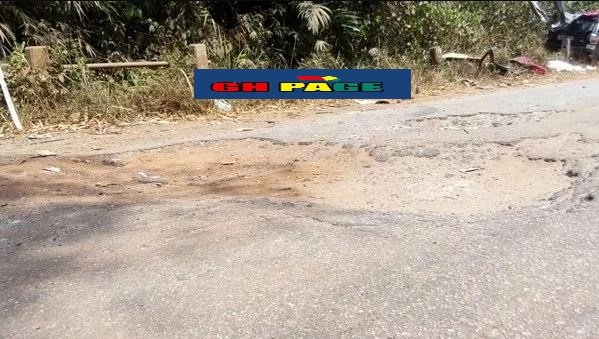 The dancehall artiste was involved in an accident at Bechem Nkwanta near Mankranso in the Ahafo Ano South district of Ashanti late Thursday night which claimed two other lives.

The bodies of the three are so far at the at Mankranso Hospital. As investigations are ongoing.

ALSO, WATCH: Video: How Ebony Reigns Reacted After Hearing About Her Death Prophecies