Photos: Ghanaian celebrities who are alleged to be addicted smokers -Can’t stay a day without it 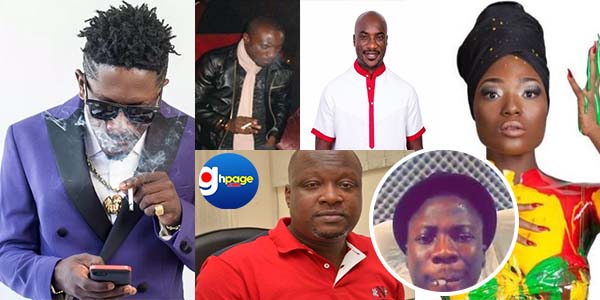 Being a celebrity despite the fan and the excitements that come with it, it has its downsides. Your life becomes an open book exposed to public and media scrutiny.

Most people smoke —  be it marijuana, cigarette, Shisha, or cigar and it’s their life. The morality of it is a discussion for another time. But when a celebrity is seen to be overindulging in this act, it raises public concern considering the fact that they are role models for a lot of people.

Ghpage.com has uncovered celebrities in Ghana who are not just addicted smokers but is so deep they can’t even go a single day without smoking several joints/sticks. Check them out.

The first time Ghanaians and the fans of Kwabena Kwabena found out he is a smoker was when he was captured in photo smoking in a nightclub in South Africa. As usual, the talented singer denied it.

Ever since that incidence, we later found out he is an addictive smoker. Not many will be surprised about his smoking habit.He Smokes a lot. In fact, every single day we were told.

SEE ALSO: 7 Ghanaian Celebrity Kids Who Are Not Yet 20yrs Old But Are Making Ghana Proud

Kwame Sefa Kayi is a household name in Ghana. He is an ace presenter who works with Peace FM. He hosts the most popular morning show program in Ghana, “Kokrokoo”.

Checks by Ghpage.com has revealed Kwame is one of the most addictive celebrity smokers in Ghana. We learned he picked up the habit way back in High school days when he lived at Burma Camp.