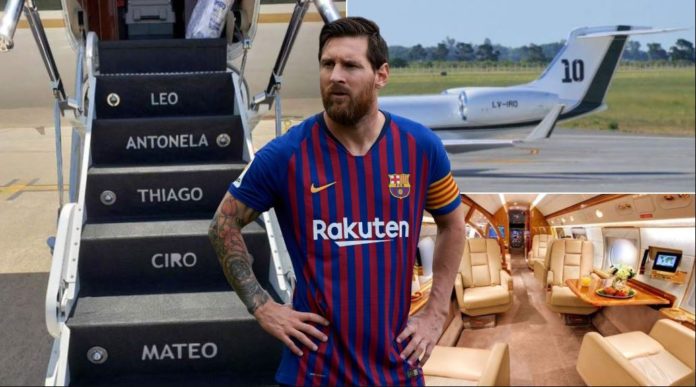 Barcelona superstar, Lionel Messi has dashed out £12million on a luxurious private jet for himself and his family.

The football ‘messiah’ has been hired the plane to cruise conveniently ad luxuriously around the world and it comes complete with a few personal touches. 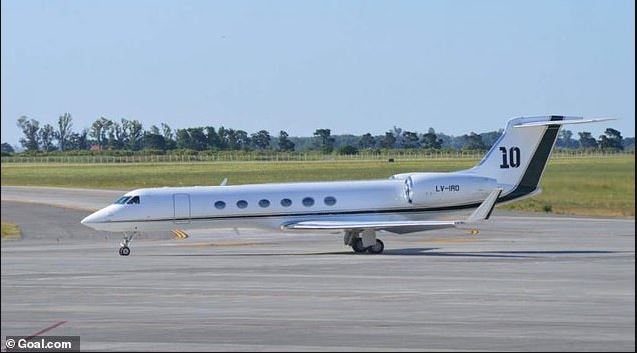 On its description, the fin of the craft embellishes the No 10, a number identical with the Argentine.

Read Also: Romantic video of Davido and Chioma ‘chopping’ love in his studio pops up online

The stairs leading up to the main hut have been carved with the names of all in Messi’s family – his wife Antonela as well as their three young boys, Thiago, Ciro, and Mateo.

According to reports, the aircraft comes complete with 16 seats – which can be folded to make eight beds, as well as two bathrooms and a kitchen. 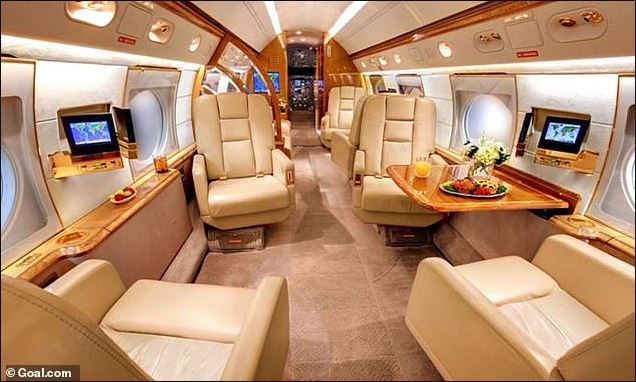 Messi came off the bench during Barcelona’s 1-1 draw with Tottenham in the Champions League on Tuesday evening in what is his 15th-straight season playing for the Catalan giants in the competition.