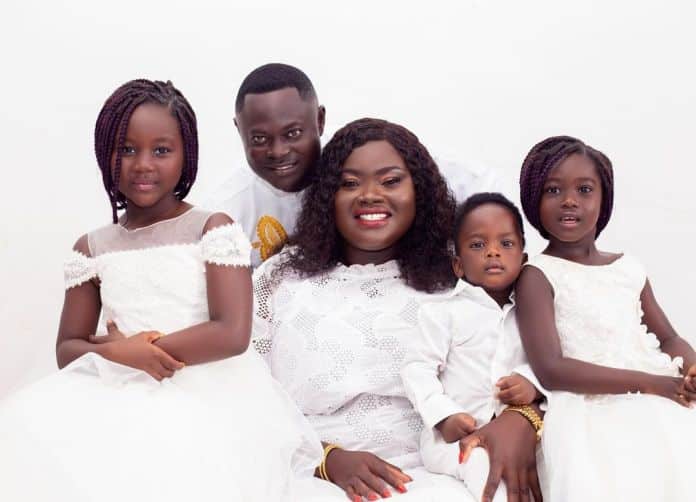 It’s often said that “The downfall of a man is not the end of his life”.

If this popular African Proverb resonates with you, then you’ve got to commend Mr Nii Odartey Lamptey – the former Ghanaian International whose marriage hit the rocks in 2013 after DNA results revealed that he was not the biological father of his three children after 20 years of marriage.

Odartey was formerly married to Gloria Adjoa Appiah who blamed her infidelity on her husband’s inability to father a child after a DNA test revealed that all three children did not belong to him.

Their much-publicised split in 2013 has lingered in an eight-year legal tussle with Madam Appiah still filing appeals in Court to claim ownership of Odartey Lamptey’s 7-bedroom mansion and 50% interest in the footballer’s school and among others assets.

Amid the devastating and heart-wrenching experience, Odartey Lamptey picked up the pieces and decided to forge ahead. He found true love in the arms of former Ghana’s Most Beautiful (GMB) participant, Ruweida Yakubu and decided to start a new family life.

The couple has since welcomed three beautiful children together – which vindicates the former Aston Villa star of claims of not being able to father children of his own were false.

Check out 5 beautiful photos of Odartey Lamptey with his new family below: