Home News Photos of the Tiktok slayqueen who was undressed and beaten for snatching...

Popular Ugandan slayqueen famously known as Pretty Nicole has been trending on the internet for the past 24 hours following the emergence of her viral video on social media.

In the video, Nicole’s best friend named Cafte ganged up with some yet-to-be-identified ladies to teach her a once in a lifetime.

They undressed Nicole and lashed her with canes and sticks for allegedly snatching Cafte’s boyfriend from her.

READ ALSO: Lady in tears as boyfriend dumps her to marry her best friend

They also threatened to torture her if she doesn’t break up with Cafte’s boyfriend whom she has reportedly snatched.

Social media users who have come across this video have expressed their unhappiness about the whole issue and called upon the police to find the girls assaulting their fellow over a man.

Truthfully, the video is very sickening and the ladies shouldn’t be allowed to go scot-free.

In the midst of the brouhaha, clear photos of Pretty Nicole have surfaced online and she’s indeed beautiful as her name suggests.

READ ALSO: Girlfriend storms boyfriend’s house with her friends to lash his side chick 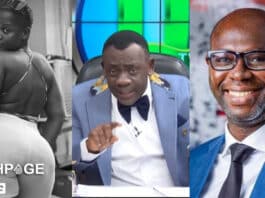 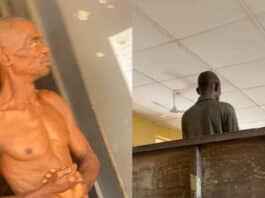