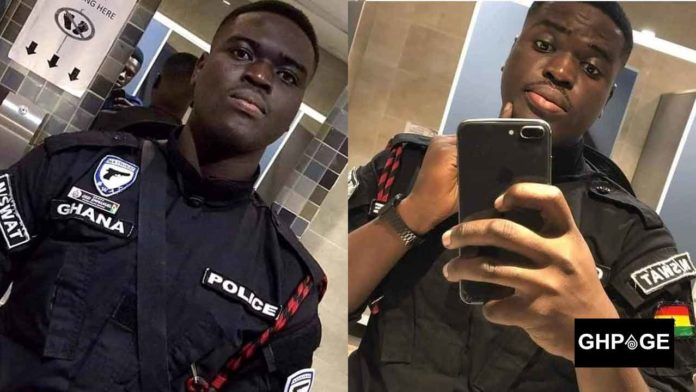 A police officer was shot dead by suspected armed robbers during a bullion van attack on Monday 14th July 2021 at James Town in Accra.

The officer identified as Constable Emmanuel Osei of the National Swat Unit was killed after three armed men on unidentified motorbikes attacked and robbed a bullion Nissan van.

Constable Emmanuel Osei was found lying prone in a pool of blood and the three door glasses shattered.

The driver of the bullion van identified as Wisdom also sustained serious injuries and was rushed to the Korle-Bu Teaching hospital for treatment.

According to an eyewitness account, a woman known as Afua Badu believed to be in her 40s was also found at the scene in a pool of blood.

She was pursued and killed by the robbers for raising an alarm during the robbery attack on the bullion van.

The robbers also made away with the Constable’s AK47 rifle and an unspecified amount of money.

The bodies of the Constable and Madam Afua Badu has been conveyed to the Police Hospital Morgue for preservation and autopsy.