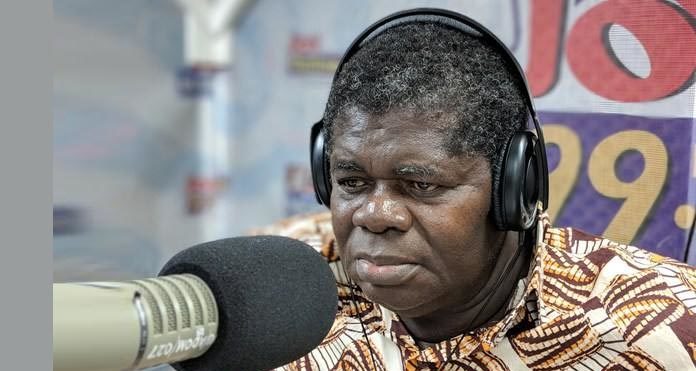 Veteran Ghanaian actor Psalm Adjetefio has called on Ghanaians to help him get leftovers to eat since there has been a drastic turn of events in his life.

In 2021, Psalm Adjetefio who is known widely as TT received help from Vice President Bawumia, Accra Regional Minister Henry Quartey and other people when he cried about not being able to pay his rent and electricity bill.

According to him, at the time, his rent was due and risked being evicted. He received cash and gifts from the aforementioned people in order to help him restart his life.

He was promised a monthly stipend from the Accra Regional Minister after he had received GHS5,000 from the Vice President.

However, it appears, TT has gone broke again after the money and donations he got appeared to have finished.

In exclusive audio he reportedly sent to Media Personality, Mzgee, TT was begging for leftover food. According to him, he has been struggling to survive since he received help from the Minister and the Vice President.

TT intimated that people out there are not ready to help him because they feel he was been supported by the Accra Regional Minister. He revealed, shockingly, that he only received the promised monthly allowance of GHS1,500 from Henry Quartey only once.

Efforts to reach the Accra Regional Minister for the monthly stipend had proved futile, TT had revealed.

He added that he has invested his money into a venture which would yield dividends in the future reason he is broke and hard up.

Listen To Him Below: