Police declare Stonebwoy’s bodyguard who gave him the gun wanted

The Ghana Police service has declared the bodyguard of Stonebwoy who handed him the gun on the VGMA stage during the fracas with Shatta Wale and his fans wanted.

Speaking to Daily Graphic, the Commander of the Operations Unit of the Accra Regional Police Command, Assistant Commissioner of Police (ACP) Mr. Kwesi Ofori police has started a manhunt for the bodyguard.

SEE HERE: The moment Stonebwoy’s bodyguard handed him the gun during the fight

According to reports on social media, the bodyguard has been identified as Alahye De Real Bhimnative also known as “Risky”.

Some social media users claim he mostly hides out at “Ashaiman 18”, Se*x trading joint right behind the Ashaiman Police Station

Check out some photos of Alahye De Real Bhimnative below

SEE ALSO: Stonebwoy told the police his gun was a toy gun-Bulldog 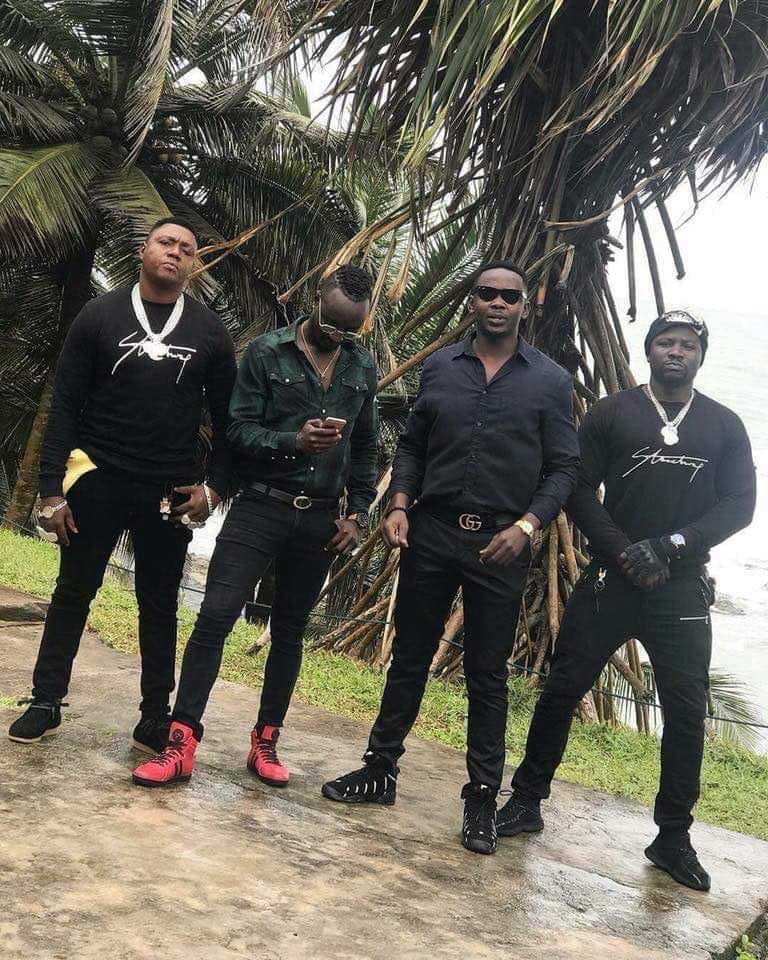 Assistant Commissioner of Police (ACP) Mr. Kwesi Ofori also revealed the boys who followed Shatta Wale to the cause commotion at the VGMA stage have also been declared wanted.

SEE ALSO: Shatta Wale speaks for the first time after being released from police cell

A police team has also been sent to the homes of Shatta Wale and Stonebwoy to search their homes and premises for any kind of illegal weapons. Stonebwoy’s gun has been seized and his licensed to hold firearm revoked by the police.