Police hunt farmers of a 20-acre marijuana farm at Juaboso 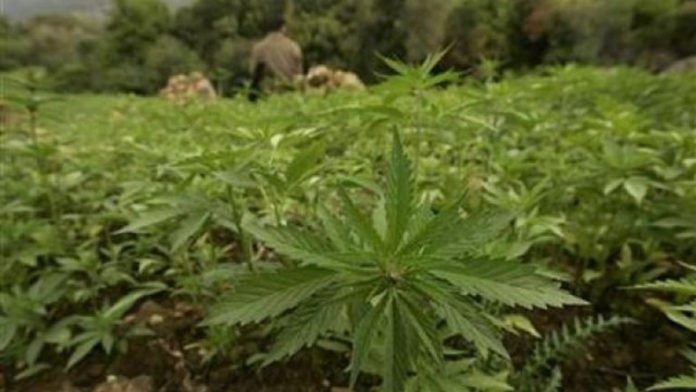 The Ghana Police Service has currently organised a search for the owners of a 20-acre marijuana farm found at Juaboso in the Western North Region.

The security agency together with the Forestry Commission organized a surprise search and discovered the 20-acre marijuana farm of some part of the Krokosu forest.

Unfortunately, the farmers took to their heels before the security officers and the forestry commission could get to the illegal farm.

According to the Police, they intend burning the weed farm to stop these illegal farmers from destroying the forest.

The reporter who was present at the weed farm added that the forestry commission is putting measures in place to stop such illegal practices.

“Some illegal farmers have cultivated more than 20 acres of marijuana in the Krokosu forest, so, when we stormed there, there was no illegal farmer around but according to the Deputy Forestry Manager, Mr Yaw Obeng Asante, the commission is putting measures in place so that such illegal farmers do not destroy the forest”, the reported stated.

The call for the legalization of marijuana has been a major topic for discussion these past weeks.

The Rastafari Council of Ghana are appealing to the authorities to legalise the drug and also some Ghanaian celebrities are also of the view that legalising marijuana will generate huge income for the country.