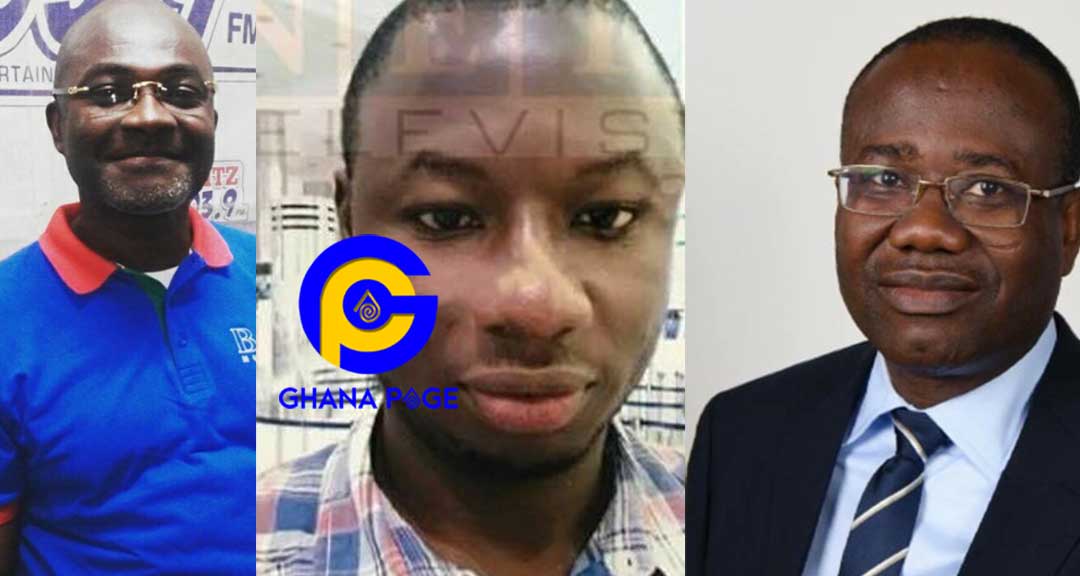 Ghana Police Administration has just released a statement that they have interrogated the man whose names is in the mouth of everyone since Ahmed’s death became news; Kennedy Ohene Agyapong as a person of interest.

In a press statement released a few moments ago, the police informed Ghanaians that they have already invited and questioned Kennedy Agyapong and has taken his statement.

SEE ALSO: Minority in Parliament calls for the arrest and prosecution of Kennedy Agyapong

“A team of detective and other experts have interrogated Hon. Kennedy Agyapong, Member of Parliament for Assin Central and a statement taken from him,” the police press release read.

The statement further revealed that the former Ghana Football President, Mr.Kwesi Nyantakyi has equally been interrogated and his statement taken.

“A team of detective and other experts have interrogated Mr. Kwesi Nyantakyi, former President of the Ghana Football Association, and a statement taken from him,” it added.

According to the police statement, other persons of interest in the murder of Ahmed Hussein-Suale have been invited for questioning It assured of a swift investigation to unravel the killers of the Tiger Eye PI investigator.

SEE ALSO: If Ghana is the USA, Anas and his team would have been killed-Effah Dartey

The statement ended by pleading with Ghanaians and anyone with information about the death of Anas Aremeyaw Anas’ partner’s death to forward.

Ahmed was killed on Wednesday 16th January 2019 by unknown assassins at Madina, a suburb of Accra. He was shot twice in his chest and once at his neck.

Few months before this gruesome murder, the Member for Assin Central, Kennedy Agyapong has shown the identity of Anas Aremeyaw Anas and Ahmed Hussein-Suale. He even disclosed Ahmed stays at Madina and ordered people to beat Ahmed.