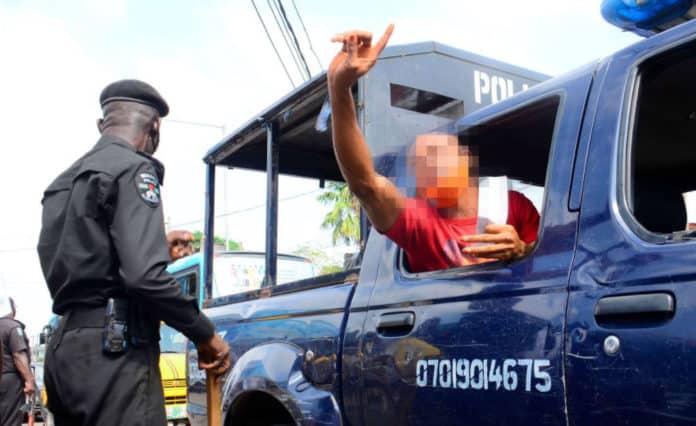 Some Police officers, charged with the duty of enforcing the law and curtailing crime in society, have been captured on tape seeking pointers on how to enrich themselves in a quick way.

In a viral video making the rounds on social media, the men in uniform are seen asking an internet fraudster for tips on how to also get into the money business.

Apparently, the officers illegally arrested the Yahoo boy – as known in Nigerian parlance – who then bailed himself on the spot with a cash payment.

According to the source behind the video, the police officers, after taking the bribe, wanted to learn how to make their own money through fraud by asking for tips from the fraudster.

The short video clip captured the men attentively taking notes making sure not to miss their chance at laundering money down to Nigeria from the US without being busted by the law.

The police is indeed our friend.