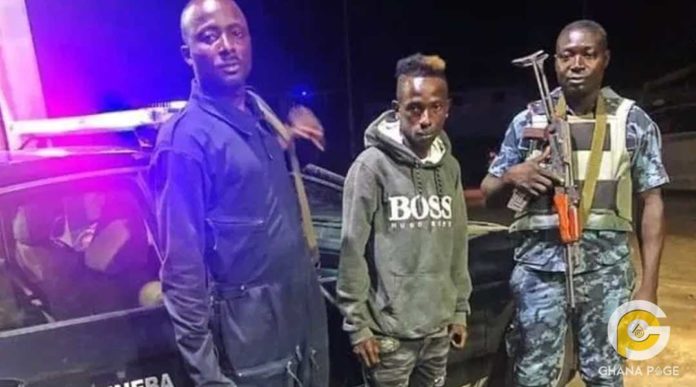 The highway patrol team yesterday saved Swedru-based hiplife artiste Patapaa and his team from getting robbed on the Kasoa- Winneba road.

According to Patapaa’s manager known as Freebody, the team including Patapaa had just returned to Accra from HO in the Volta region after performing at a ceremony dubbed Akpleza and decided to head straight to the artiste base in Swedru.

He went on to say that just after Kasoa, they met the robbery incident. Where cars on the road including theirs were asked to stop by the robbers embark on their operations.

Also Read: Photo of Patapaa’s mum would make you doubt if she’s truly his mum

Freebody added that the robbers shot into some of the cars and bolted with some belongings, but for the quick intervention of Winneba and Kasoa Police Patrol teams, the story would have been different.

He concluded that after the intervention from the Police patrol team, they escorted all the cars to Agona Swedru.

Patapaa also took to his Instagram page to thank the police team for saving them. 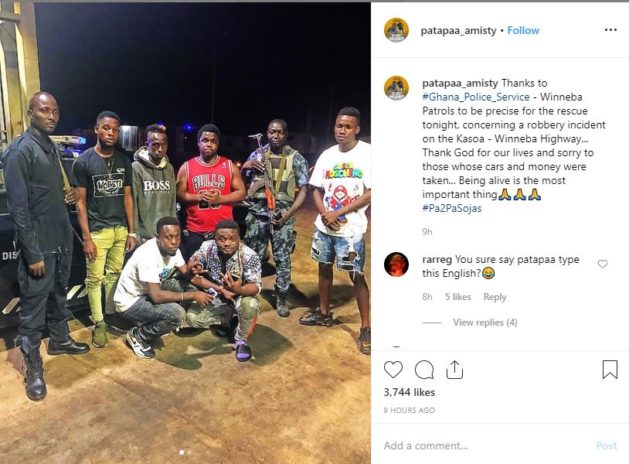