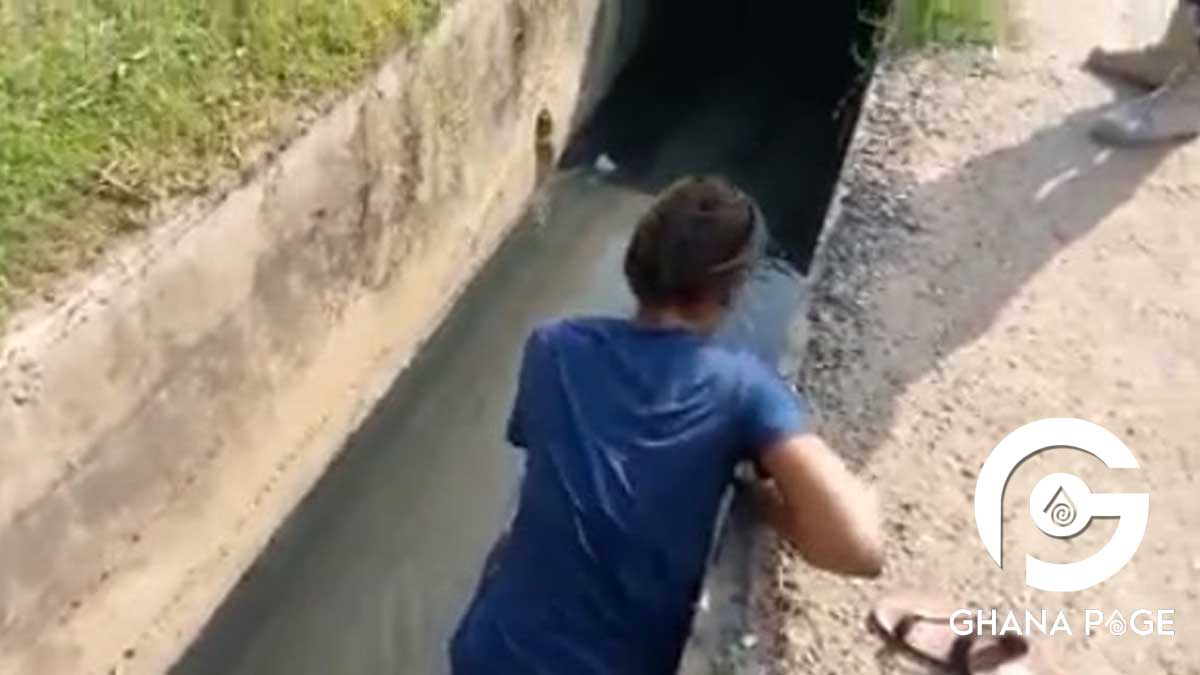 With the way things are going on in the country, very soon we might not be seeing a lot of rubbish on our streets.

There have been concerns about the way people litter the streets with rubbish which sometimes causes disaster, especially during raining seasons.

Over some few months, a lot of videos have emerged on social media which sees people who throw rubbish on the streets and drains being forced to pick up the rubbish.

Well, a new video has once again surfaced on social media and this time around it involves a policeman and a nice lady.

According to what we gathered from the video, the lady was in a car and after drinking a sachet of pure water, throw it out of the car which eventually fell into a gutter close by.

The policeman on seeing that stopped the car and made the lady enter into the gutter to pick up the sachet rubber.

This action by the policeman has been applauded by many who are also fighting for cleanliness in the society.