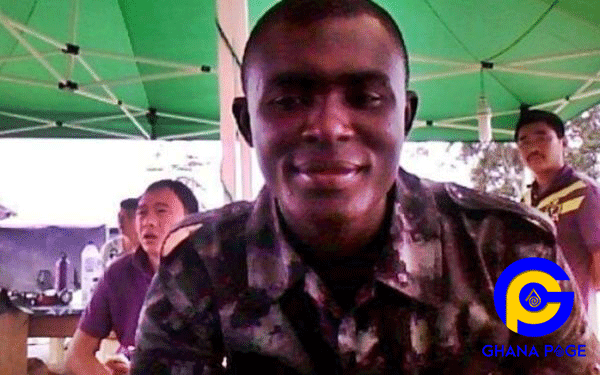 A policeman has been shot dead by people believed to be armed robbers. This incident happened at Manso Abodom Dome in the Amansie West District of the Ashanti Region.

According to reports, the deceased whose name was given as Ben met his untimely death on Monday, August 19, 2019, at 5:30 pm.

The officer is believed to be stationed at the Manso Nkwanta Divisional Command.

Ben was shot in his head by a straight bullet by some armed men. It is believed that the armed men are contracted assassins.

However, the body is awaiting autopsy at the Agroyesum hospital mortuary.

Some security analysts have spoken on the growing trend of murder in the country and have admonished that it is prudent that as individuals we ensure personal security before even looking at bringing in the police.

Analysts also entreated the Ghana Police Service to build a very strong rapport with Ghanaians so that they can be approached anytime they suspect any foul or dubious movements from people.

Its barely a week Otumfuo’s sub-chief was stabbed to death whilst traveling on the Ejura – Nkoranza road in the Ashanti Region and another murder has been recorded. One may ask, is the Ashanti kingdom becoming a hub of murder? We need to be extra vigilant and security conscious as Ghanaians.