Friends turned Enemies: "Your plenty of money will not bring you any happiness" - Pope Skinny jabs his former boss, Shatta Wale [Screenshot] 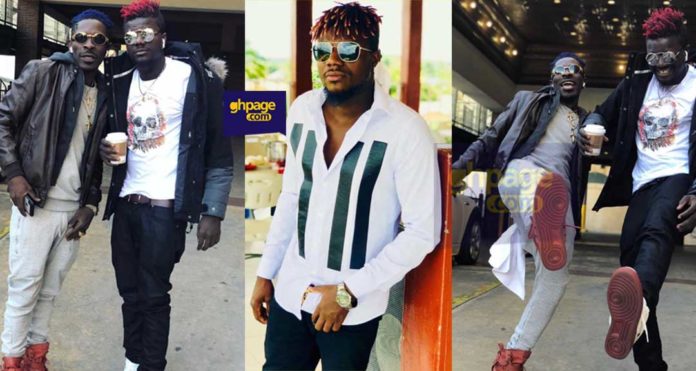 It appears the Asuoden god, Pope Skinny has had enough of how Shatta Wale is taking for granted all his efforts to make amends for endorsing Sarkodie’s diss song for Shatta. He has just thrown a subtle jab at Shatta Wale on his Facebook page.

Pope Skinny just shared a photo on his Facebook page and wrote a caption that sought to imply despite Shatta Wale always taunting himself with wealth and riches, he can never truly experience happiness no matter how hard he tries.

The quote which is originally attributed to Bob Marley of blessed memory reads:

Money is number and Numbers Never End. If It Takes Money To Be Happy, Your Search For Happiness Will Never End #AsuodenYenti

It will not take a professor to explain that, he was indirectly jabbing his former boss who always taunts himself as the richest artist in Ghana whiles other artists are poor.

One strange thing that raised eyebrows is the fact that, for the first time in many months, Pope Skinny refused to add the #SM4LYF.

Well, it appears Pope Skinny has finally accepted the fact that he won’t get the chance to bath in Daddy Shatta Wale’s swimming pool again and he is going all out to defend his territory now.

The misunderstanding started when Pope Skinny went out of his way to endorse a diss song from Sarkodie to Shatta Wale just 3 days before the Reign Album launch.

The SM fans heavily descended on him for this betrayal. In his defense, Pope Skinny explained that he didn’t know Sarkodie’s “My Advice” was a diss song for his boss because he listened to just two bars of the freestyle and tweeted his endorsement.