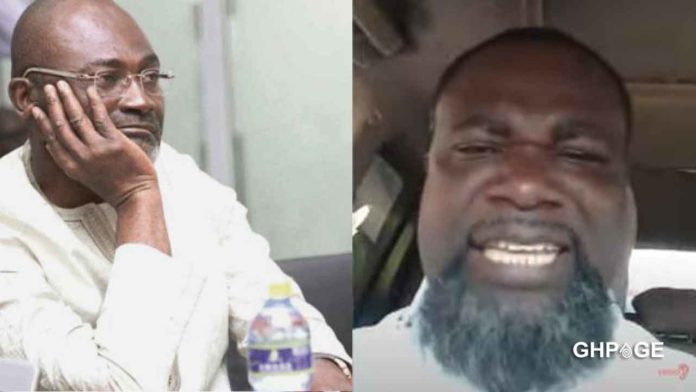 We are just 11 days into 2022 and some Ghanaian Prophets can’t keep calm on doom prophecies even though the IGP has given a directive on ‘doom prophecies’ before 31st night last year.

A self-styled prophet of God who calls himself Prophet Nkwantabisa has come out to make a very serious revelation about a famous lawmaker in Ghana’s parliament.

According to him, the particular politician will lose his life this year (2020). He explains there has a cup that has been dropped. This he said means that a life has been dropped hence his prophecy.

Prophet Nkwantabisa described the MP as one who is vocal on national issues and owns radio and television stations coupled with other lucrative businesses he owns.

His description of the parliamentarian points to MP for Assin Central Honourable Kennedy Agyapong.

Nkwantabisa, therefore, urged Ghanaians to start praying for Kennedy Agyapong else he would die before the year comes to an end.

The comment of the prophet adds up to the numerous prophecies that have been said by prophet Nigel Gaisie who some time ago also came out to reveal that he sees dark clouds covering the Assin Central MP.