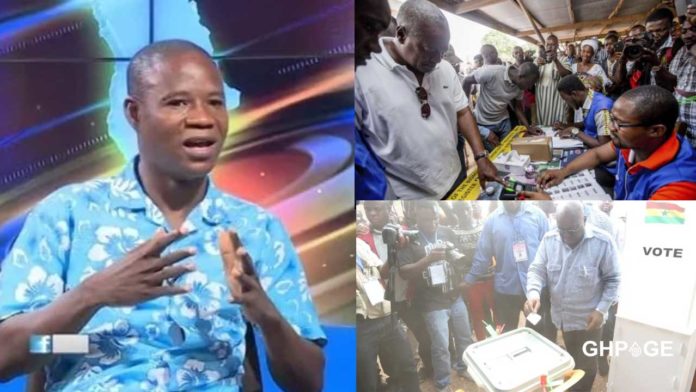 Popular Islamic scholar, Philosopher and Numerologist Mallam Shamuna Ustarz Jibril who has earlier predicted victory for the opposition NDC ahead of next year’s election is now back again with another prediction.

According to the Islamic scholar who is noted for his accurate predictions, Ghana’s election 2020 would record the lowest turnout of voters due to the disappointment from the two biggest political parties the ruling NPP and NDC.

Taking to his social media page, he posted:

Through my spiritual research and calculations, I went into the spiritual realm and open the data of the electoral commission data (the register) of 2020 general elections and saw that throughout the country, the voter turnout will not be as usual. I saw the exact number of voters been registered in the spirit even though the physical data of the electoral commission is not yet been compiled. And I might update Ghanaian’s the figures in the near future, but due to one or two spiritual reason, I will not give the figures now for political parties to score their political points and also giving out this data will cause a serious political malpractices as a concern citizen of Ghana, am praying and hoping for a transparent and peaceful elections in the country. This is the reason why I will not give the figures, again my fellow spiritualist after giving this figures will get the picture or the clue of where the elections is going. It is this figures that will help me to come out with the accurate result of the 2020 election. One will be surprise to see or to hear of the data of the electoral commission in the hands of an individual ahead of its physical manifestation this is not new and news to Muslim with the support of the holy Qur’an chapter 85 verse 19-22 “in fact, those who disbelieve are in denial. And Allah encloses them from beyond. In fact, it is a glorious Qur’an. In a preserved tablet.”

Below are some of the areas where the voter turnout will be serious:

Greater Accra (some few areas) and

Some parts of Northern Volta.

The rest of the regions are also affected but not as serious as the above. The details is in the hands of Allah.”