A popular musician will die before December -Prophet Nigel Gaisie 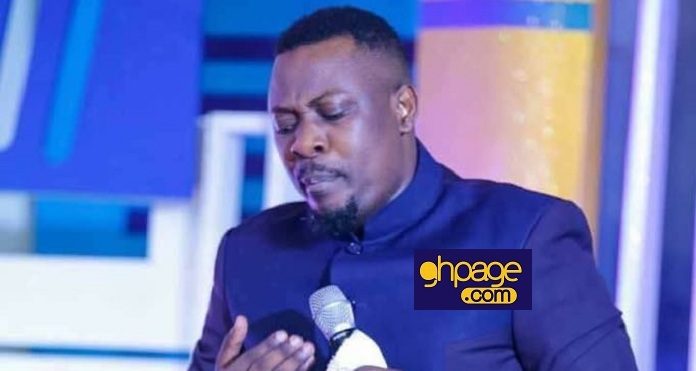 The founder and leader of True Word Fire Prophetic Ministries Prophet Nigel Gaisie have revealed another death prophecy of a popular Ghanaian musician.

According to the man of God, it has been revealed to him that a top Ghanaian male musician will kick the bucket before 31st December.

“I saw a big star who is a musician and I saw that he will die before December 31st. The Lord gave me his details and Musiga must pray about it.

It will shock the whole world, so I will pray for the person and try to reach out to that person. The devil is on their case, this musician I saw is one of the most top musicians.

In the study of ethnomusicology, I have not seen his class. He is close to death and I urge you all to be prayerful”, Prophet Nigel disclosed.

ALSO READ: Slay Queen brushes teeth with fanta to prove she is a big girl

Prophet Nigel Gaisie also revealed that the musician was supposed to die last two years but was saved by a Kumasi-based prophet.

The man of God is known for his numerous prophecies such as the death of the Late dancehall female musician Ebony Reigns.

He recently revealed to Kumawood actor and musician Kwadwo Nkansah Lilwin that his former manager Zack has cast a spell on him using a padlock to lock his voice to stop him from pursuing his music career.