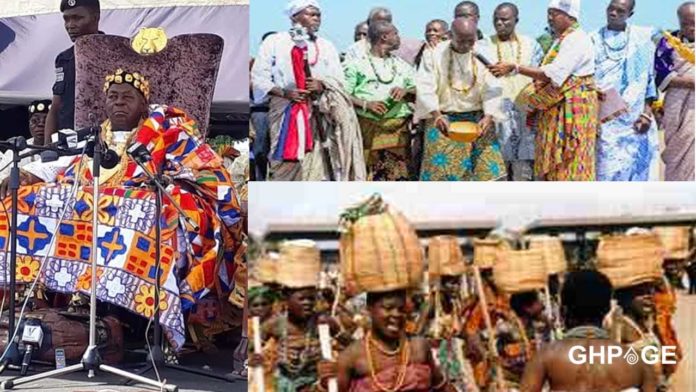 A powerful juju man stunned many patrons at this year’s Hogbetsotso festival when he used his spiritual powers to stop torrential rain that suddenly burst out during the celebration.

According to the report, when the rain started, the revered chiefs from all the 36 states of Anlo and its surrounding villages were not perturbed as they knew they would subdue it through their powerful ‘interceders’ who were present at the event.

Members of the audience who attempted to seek cover from the rain were warned to remain seated and watch proceedings as the rains is not a problem. Within seconds to a minute, the rain stopped falling at the festival grounds.

The rain, however, fell in the surrounding areas. As soon as the Hogbetsotso za durbar ended, the rains now fell non-stop to late into the night.

Part of this text culled from Mynewsgh