I pray to God when I’m depressed – Eazzy reveals 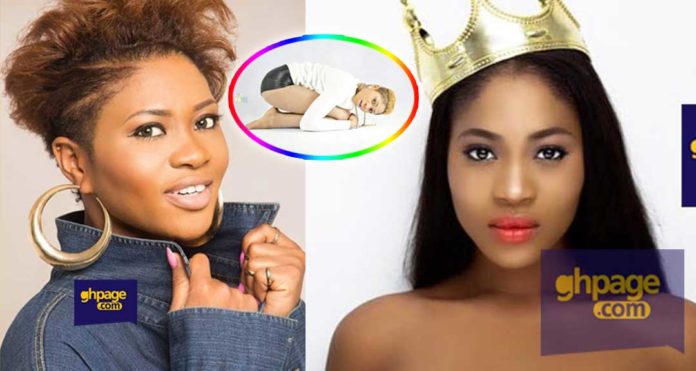 Ghanaian singer and rapper, Eazzy, formerly of Lynx Entertainment has disclosed that the only thing that keeps her alive when she’s going through depression is prayer.

Born Mildred Ashong, she revealed in an interview on Hitz Fm on Friday, October 20th, 2018 that whenever she feels down or low she prays to God which calms her down.

According to the “Wengeze” hitmaker, she has not been through much depression but she has had her low moments.

”I wouldn’t say I have experienced that ( depression ) yet but I have had my low moments. I don’t think I have gotten to that stage . .. Anytime I feel down, I feel things are a bit overwhelming, I will turn to God and say a prayer over and over again. It calms me down somehow and it works“ she said.

Being one of the official judges for MTN Hitmaker season 7, Eazzy has recorded hit songs like Wengeze, One gal, Go Go Wind, Scream, Bad to da Bone, Nana, Kpakposhito, Forever, Obaa Gbemi among others.

Read this: Sarkodie’s mum would cry if I reply to his diss song – Shatta Wale